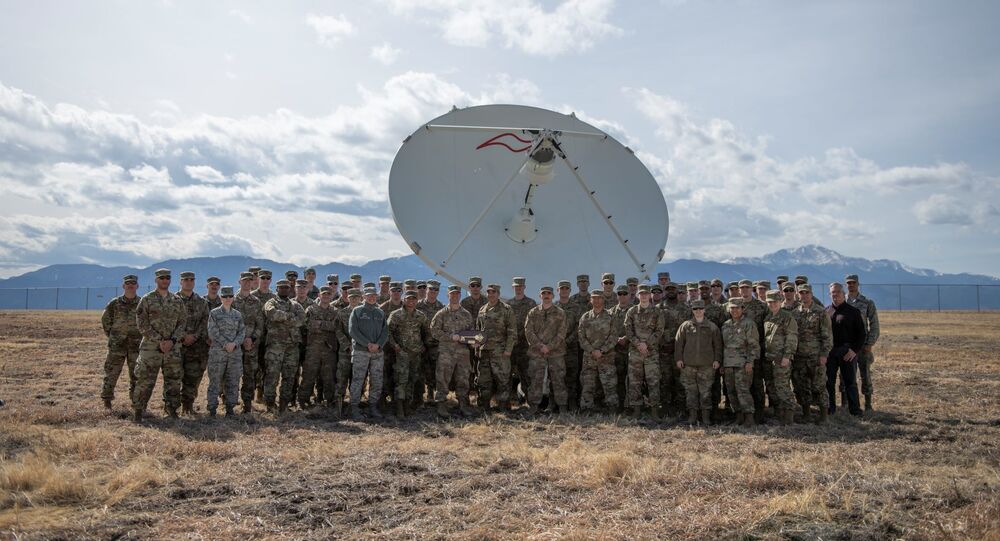 The Space Force, the newest branch of the US military, has requested over $15.3 billion in funding for operations, equipment and satellite equipment for fiscal year 2021.

Over the next seven years, the US Space Force is looking to amass dozens of ground-based weapons systems capable of jamming Russian or Chinese communication satellites en masse, Bloomberg has reported, citing military sources.

The arsenal is expected to consist of Counter Communications System (CCS) ground-based satellite communications jamming units, with 16 of these already delivered and 28 more on the way. This system is an upgrade of jamming weapon first introduced in the US Air Force in 2004, and has undergone several new iterations, including additional frequency bands and technology refreshes.

In addition, L3Harris Technologies Inc., the defence contractor making the CCS, is also said to be putting the finishing touches on a new piece of equipment called the Meadowland, the next iteration of the CSS, with that system expected to be shrunken down in size, and to feature open architecture software. Meadowland is expected to be ready by 2021, and Space Force expects to get its hands on four of the systems by late 2022, with as many as 28 more expected to be purchased between 2023 and 2027.

Lt. Col Stephen Brogan, a combat systems unit head at the Air Force Space and Missile Systems Center at Los Angeles Air Force Base, boasts that Meadowland’s software architecture will allow the system to “go after more satellites, using more techniques as they are developed.”

He also insists that the weapons were the only equipment the Space Force has to date that’s “offensive in nature,” with its interference reversible.

In a statement to Bloomberg, the Air Force indicated that jamming using these systems could prevent the enemy from accomplishing “command and control, early warning and propaganda” across “multiple frequency bands.” It’s not clear what the Air Force means by “propaganda,” although it can be speculated that it means Russian or Chinese foreign-language media broadcasting information which may not line up with the US narrative of events.

Emphasizing its own peace-loving nature, the Space Force has instead repeatedly accused Russia of weaponizing space and threatening US space capabilities, giving America the right to ‘self-defence.’

On Wednesday, US Space Command claimed that Russia tested a direct-ascent satellite-killing weapon, serving as “another example” that the threats to US and allied space systems were “real, serious and growing.” The Russian Foreign Ministry dismissed the claims on Friday, suggesting the reports are a US attempt to “divert global attention from real threats in outer space and to justify the steps” America itself was “taking to deploy weapons in space.” In recent months, Moscow has repeatedly warned about the implicit dangers of the militarization of space.

According to Pentagon intelligence estimates, Russia and China have about 40 and 30 communications satellites at their disposal, respectively, with the satellites divvied up between civil, commercial and military operators.

Russia’s military is by all indications fully aware of the threat of the US’s offensive anti-satellite capabilities. In February, Deputy Defence Minister Alexei Krivoruchko announced that Russia would create systems to protect its military satellites from external interference in the state armament programme running through 2027.

The Space Force’s deployment of its new weapons comes on the heels of an assessment by the US National Air and Space Intelligence Center earlier this year warning that Russian and Chinese activities in space have put US space assets at risk and serve to “challenge US superiority,” including through the use of jamming, anti-satellite missiles, laser energy-based and satellite-based attacks.