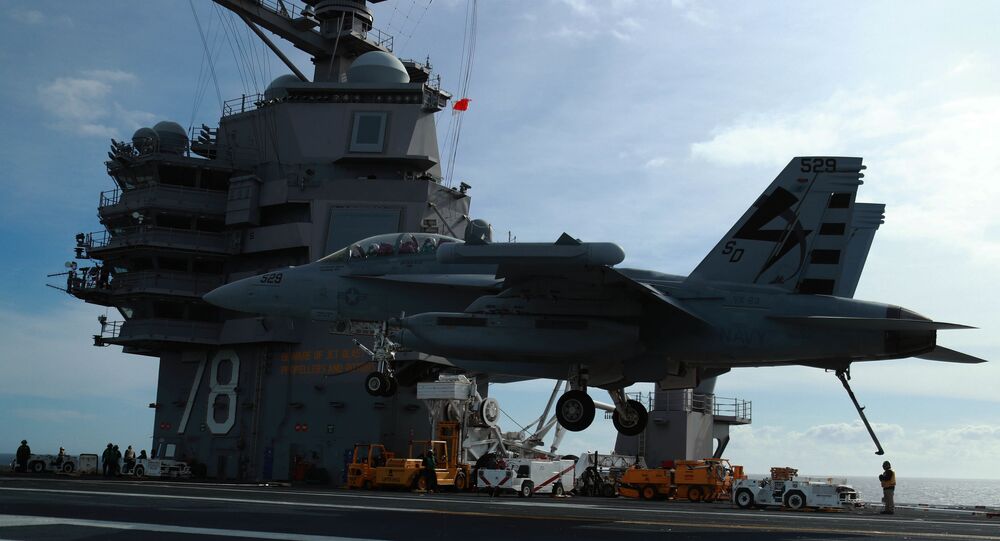 The USS Gerald R. Ford (CVN 78) has completed testing of its vital combat systems and has provided the service with details on the first-in-class carrier’s capabilities and the implementation of new technology.

The US Navy announced in an April 6 news release that Ford, the lead ship of its aircraft carrier class, recently completed testing of vital combat systems as part of its post-delivery test and trials phase.

“In the end, the combat systems suite achieves maximum readiness, and the Sailors develop more operational and technical competence.”

McCallister noted that the tests were possible due to a collaborative approach involving the ship’s force, Naval Sea Systems Command and the greater technical community.

The Air Traffic Control Radar Beacon (ATCRB) and Identification of Friend or Foe (IFF) were tested during Ford’s first certification of integrated combat systems. The service detailed that tests of the ATCRB evaluated its ability to use an advanced identification system to track and identify both air and surface contacts as friend or foe. The IFF assists in controlling aircraft and securely identifying a friend.

“We use an interrogator system to challenge aircraft transponders for identification,” explained Operations Specialist 2nd Class Juannietagrace Okeli, of Moss Point, Mississippi. “The interrogator, cooperative engagement capability, and the Ship Self-Defense Systems (SSDS) work together to provide us the combat identification.”

During SBDT, sailors in Ford’s combat systems department had to conduct an up-load of simulated munitions for operators in the carrier’s Combat Direction Center to simulate engaging the aircraft.

“Our SBDT operations ran very smoothly, which is a good indicator of future success on CSSQT,” Buell asserted.