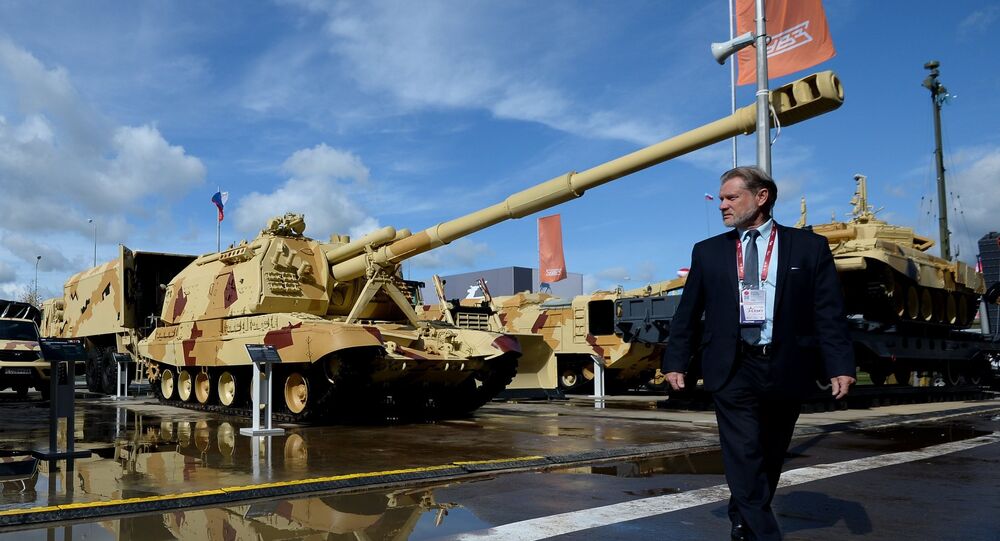 The traditional design philosophy behind Russian weapons, including simplicity, reliability and ruggedness, has recently been complemented by new principles as the country strives for breakthroughs in fields such as hypersonic missiles.

Russia has managed to retain its number two position among global weapons exporters, accounting for 21 percent of total exports between 2015 and 2019, the Stockholm International Peace Research Institute has reported.

According to the think tank’s figures, the United States, France, Germany and China were other major exporters, accounting for 36 percent, 7.9 percent, 5.8 percent and 5.5 percent each, respectively. Combined, the top five global exporters accounted for a whopping 76.2 percent of arms exports over the past five years.

Together, they accounted for 76% of all arms exports in 2015–19. Read more on the trends in international #ArmsTransfers ➡️ https://t.co/sFVUAKQHOJ pic.twitter.com/RgtGbkBSy1

Meanwhile, the largest importers during the same period were said to include Saudi Arabia, India, Egypt, Australia and China, who together accounted for some 36.2 percent of total purchases.

Together, they received 36% of all arms imports in 2015–19. Read more about the trends in international #ArmsTransfers ➡️ https://t.co/rOHOlBduS3 pic.twitter.com/uTcjGmI2Bi

SIPRI estimates that compared to the period between 2010-2014, the period from 2015-2019 saw US exports jump 23 percent, with France enjoying growth of 72 percent, and Israel and South Korea increasing exports by 77 percent and 143 percent, respectively. Russia and Italy were said to have lost 18 percent and 17 percent in total volume during the same period.

Senior SIPRI researcher Pieter D. Wezeman suggested that strong demand from Saudi Arabia (which recently became the world’s third-biggest defense spender) as well as interest for the US’s military aircraft from its European and Asian allies have helped to account for the jump in US exports.

Alexandra Kuimova, another researcher at the think tank indicated that the decline in Russian export volumes could be accounted for by losses in the Indian market in recent years. However, Russia’s military industry has previously questioned the veracity of SIPRI’s calculations, including its 2019 report on arms exports for the period between 2014-2018. At that time, Rostec, an industrial conglomerate which includes major arms makers, said SIPRI’s data did not account for military-technical cooperation –i.e. agreements including technology transfer, joint weapons development, training and other assistance.

The Trump administration has taken aim at Russia’s arms sector in recent years, slapping restrictions on Russian defence-industry-related entities, and threatening any country that buys advanced Russian arms with sanctions under the so-called ‘Countering America’s Adversaries Through Sanctions Act’ of 2017.