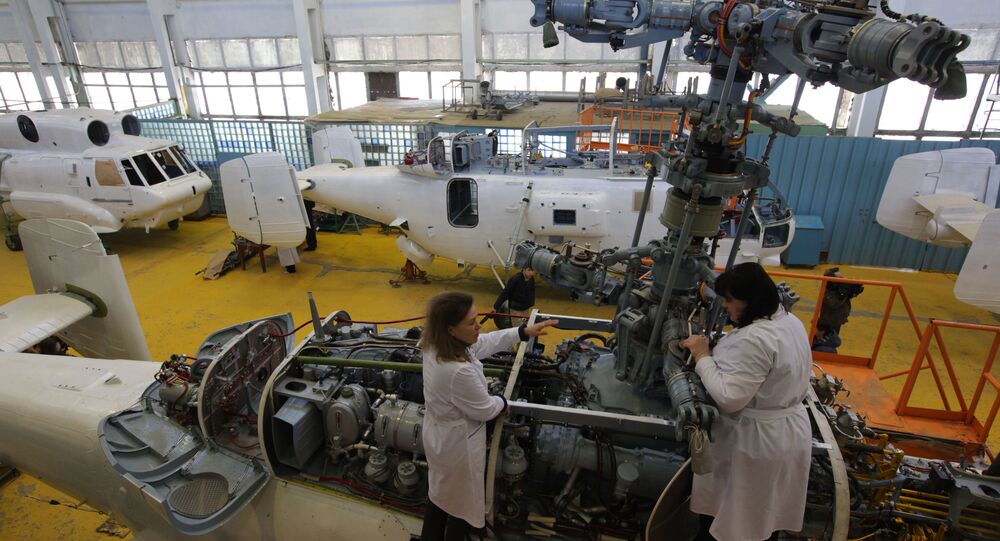 The new restrictions are just the latest in a range of measures taken by Washington over the years targeting Russian companies, entities and individuals on a variety of pretexts.

The United States has slapped sanctions on three Russian entities in accordance with legislation on the non-proliferation of weapons of mass destruction, according to a State Department notice made available in the Federal Register and expected to be published on Friday.

According to the State Department, these companies were targeted in accordance with US measures to try to prevent the transfer of technologies which could contribute to the development of nuclear, chemical, or bacteriological weapons or their delivery systems to Iran, North Korea and Syria. That legislation stepped into force in January 1999 and was last modified to include North Korea in 2006.

It's not immediately clear which non-proliferation measures the Russian companies supposedly 'violated'. JSC Mashinostroyenia is one of Russia's leading space and rocketry companies. The Instrument Building Design Bureau in Tula produces a range of military equipment, including anti-tank guided weapons, armament for armoured vehicles, guided artillery, air defence systems and small arms. The Kumertau Aviation Production Enterprise, meanwhile, is a subsidiary of Russian Helicopters which builds a range of coaxial civilian and military helicopters developed by the Kamov Design Bureau.

According to the State Department, the sanctions will remain in place for a two year period, unless otherwise determined by the secretary of state.

Russia is a party to all internationally agreed-upon restrictions related to the WMD programs of North Korea, and supports UN Security Council sanctions related to the testing and/or deployment of nuclear weapons and their carriers by Pyongyang. Russia and China recently called for the partial lifting of sanctions measures and the resumption of six party talks aimed at reducing tensions in the Korean Peninsula. Moscow is also a party to the Iran nuclear deal, a 2015 agreement promising Tehran sanctions relief in exchange for a commitment not to pursue nuclear weapons. Washington withdrew from that agreement in May 2018 and slapped the country with tough energy and banking sanctions which have put the agreement's future at risk. Syria destroyed its chemical weapons stocks in 2013 with Russia's help, with the Organization for the Prohibition of Chemical Weapons confirming that this process had been completed by 2014.