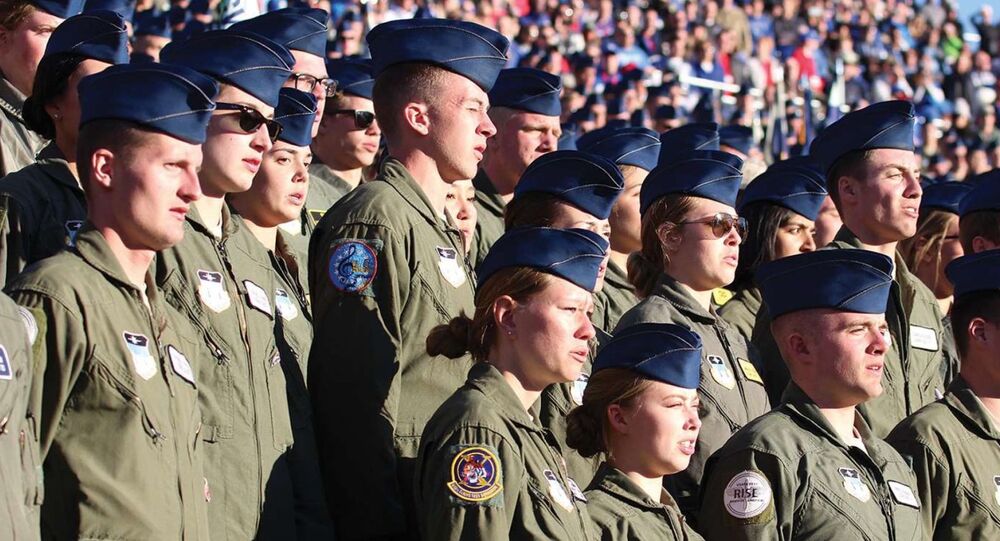 Gendered references have been removed from the US Air Force’s service song in an effort to be inclusive to all troops rather than just men.

“Our song must reflect our history, the inspiring service and accomplishments of all who’ve served, and the rich diversity that makes today’s Air Force indisputably the strongest and most capable in the world,” US Air Force Chief of Staff Gen. David L. Goldfein said in a February 27 news release to the service.

The changes will only apply to the third verse of the US Air Force Song, which previously said “a toast to the host of the men we boast.”

The revamped verse will now be sung with the lyrics:

Goldfein said that moving forward, the service will continue to look into possible additional changes to the song. The chief also noted that he is aware that the announcement of gender-neutral lyrics “will draw notice and spark debate,” as the song has been performed at a number of service funerals and ceremonies.

“In making this decision, I respect the views of others who will not agree. But I also know with absolute certainty and clarity that these changes are about adding to, not subtracting from, who we are,” Goldfein asserted. “Changing the lyrics in no way diminishes the history and accomplishments of men or dilutes our eternal gratitude for their sacrifice and bravery.”

Military.com reported that in the 2019 graduating class of the Air Force Academy, 26.5% (or 329) of the service members were women. At the same time, the academy had its highest ever proportion of female applicants for the class of 2023 at 31.2%.

Goldfein argued that if the service is going to ask women to “go into combat and fight just as women have done for a generation,” then they should not be left out of the US Air Force Song.