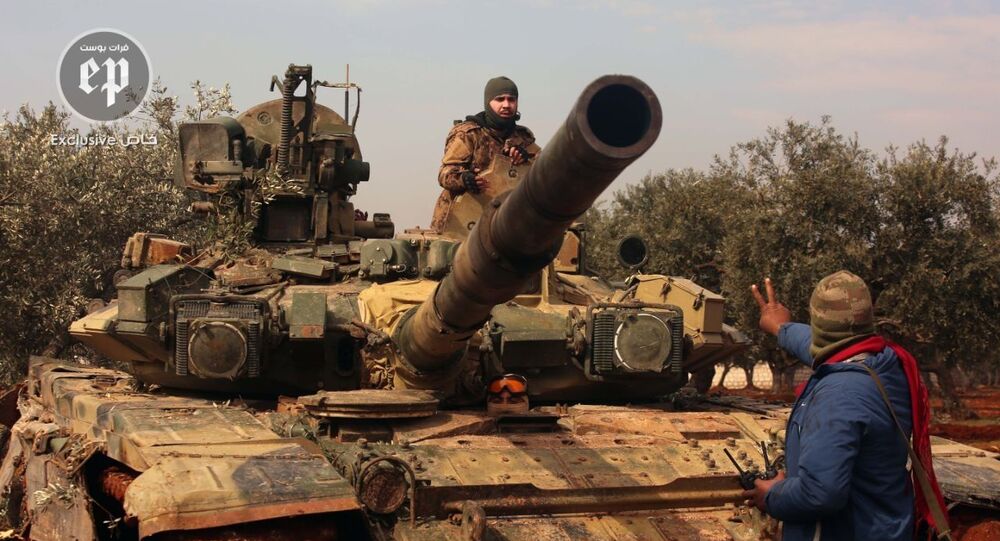 Reports that jihadist militants had captured a T-90A main battle tank first emerged last week, with the tank reportedly taken from Syrian forces intact following a battle for a village in Aleppo province.

The terrorists who allegedly captured a Syrian Army T-90A tank in battle earlier this month have again sent it into the field, the Telegram channel Military Informant has reported, providing new photos dated February 20 taken from a local outlet.

Text reads: "Militant T-90 continues to take part in fighting with Syrian Army. Yesterday the tank was spotted on the front in Idlib province."

The tank was reportedly spotted operating in Idlib, the restive Syrian province which has seen widespread clashes between elite Tiger Force units of the Syrian Army and pro-Turkish jihadists in recent weeks.

The third-generation Russian-made made battle tank reportedly fell into militants’ hands earlier this month as Syrian forces were forced to beat a retreat from the village of Zitan in Aleppo province, about 20 km southwest of the city of Aleppo. Media have speculated that the tank’s loss may turn out to be far more significant than the loss of the village itself, presumably given the tank’s characteristics.

The Syrian Army reportedly liberated some 23 villages to the west and north of the city of Aleppo during an advance this month, capturing two strategic towns previously used by militants to provide logistical support and smuggle weapons into terrorist-controlled areas.

The Syrian Army fields an unknown number of T-90A tanks, with the MBTs first spotted operating in Aleppo in late 2015. The T-90s used in Syria are believed to be early T-90As, featuring upgraded guns, automatic loading systems with an increased rate of fire, third-gen explosive reactive armour to protect against HEAT-type projectiles, and electronic countermeasures designed to detect and defeat anti-tank weapons.