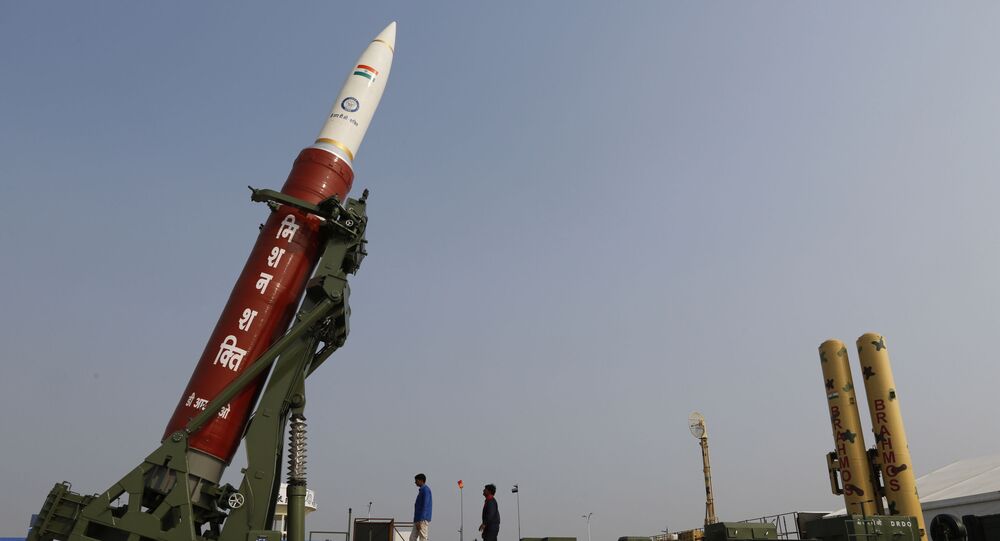 Defexpo India 2020 Exhibition to Open in Lucknow on Wednesday

LUCKNOW (Sputnik) - The international arms exhibition Defexpo India 2020, in which the Russian defence industry traditionally takes part with a large-scale exposition, is opening on Wednesday in Lucknow, the capital of the Indian state of Uttar Pradesh.

Russia will be represented at the exposition, to be held on 5-9 February, by the largest enterprises of the domestic defence industry, including the Almaz-Antey aerospace defence concern, the Russian Helicopters holding company, Uralvagonzavod, the United Shipbuilding Corporation, and others.

Over 1,000 modern pieces of arms and military equipment are expected to be presented at the Russian exposition.

India is one of Russia's largest defence industry partners.

More than 165 foreign companies from over 150 countries including the US, France, Germany, Russia, Israel, Australia, will take part in the event, Business Standard reports. Nearly 1,000 exhibitors will present Army and Navy military equipment, Air Defence Systems, Electronic Warfare devices, and Army Aviation aircraft at the exhibition.