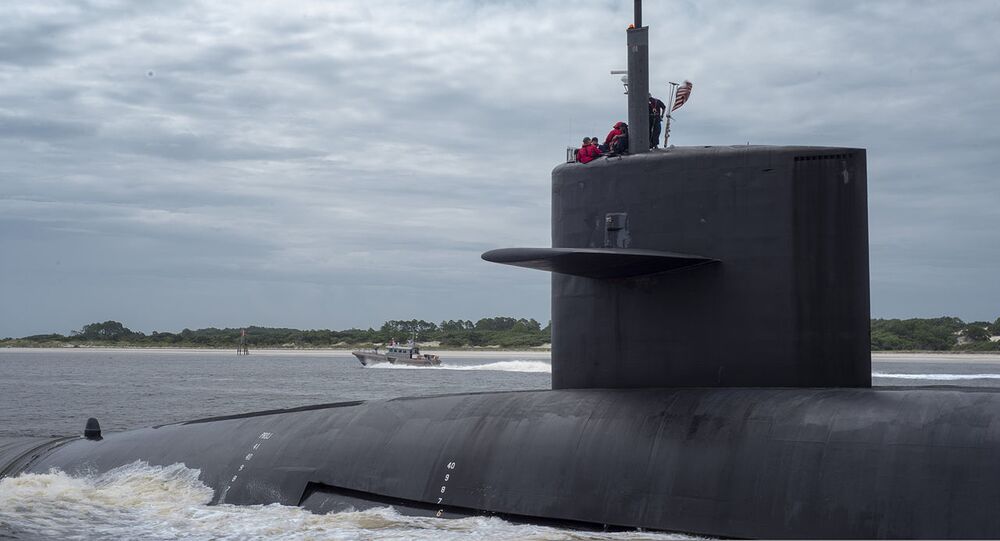 In 2018, the Trump administration completed a review of the nation’s nuclear stance, lowering the threshold for the use of nuclear weapons and introducing new situations in which the US could claim a justification to use nuclear weapons preemptively, including against non-nuclear armed nations.

The United States Navy has begun deploying a new, super-low-yield nuclear warhead aboard some of its ballistic missile submarines, the Federation of American Scientists reports.

According to the independent watchdog, the W76-2, a nuclear warhead with a yield of up to five kilotons (about one third of the size of the bomb dropped on Hiroshima, Japan in 1945), has been deployed aboard the USS Tennessee, an Ohio-class ballistic missile submarine deployed at a Navy base in Georgia.

The W76-2, whose existence was first revealed in 2018, was listed as a weapon designed to provide the US with a deterrent against Russian tactical nuclear weapons.

The Federation of American Scientists estimates “that one or two of the 20 missiles on the USS Tennessee and subsequent subs will be armed with the W76-2, either singly or carrying multiple warheads.” The watchdog believes about 50 W76-2 warheads have been produced.

The researchers fear that although “almost all of the discussion about the new W76-2 has focused on Russia scenarios,” It’s actually “much more likely that the new low-yield weapon is intended to facilitate first-use of nuclear weapons against North Korea or Iran.” The 2018 Nuclear Posture Review explicitly mentions “non-nuclear strategic attacks, and large-scale conventional aggression” as justification for a potential US first use of nuclear weapons.

Speaking to NPR, Federation of American Scientists nuclear project director Hans Kristensen warned that even in a scenario of conflict against Russia, the W76-2 bears the risk of unintentional escalation, including a scenario in which Moscow confuses the launch of a “small” W76-2 for a much more powerful warhead. “Once you start popping nukes, the bets are off,” Kristensen said.

In recent months, Russian officials have expressed concerns about US initiatives in the field of strategic deterrence, including Washington’s unilateral withdrawal from the Intermediate-Range Nuclear Forces Treaty last August, US reluctance to discuss renewing the New Strategic Arms Limitation Treaty (New START), which is set to expire in early 2021 unless it is extended, and concerns about the deployment of US missile shield components in Poland and Romania, which Moscow fears could be easily converted to deploy nuclear-tipped cruise missiles.

In 2018, Russian President Vladimir Putin emphasised that Russia’s nuclear doctrine forbids a preemptive nuclear strike, and that Moscow will use its nuclear weapons only in response to enemy aggression.

US At Risk of Ecological Disaster Due to Improperly Stored Nuclear Waste, New Study Finds