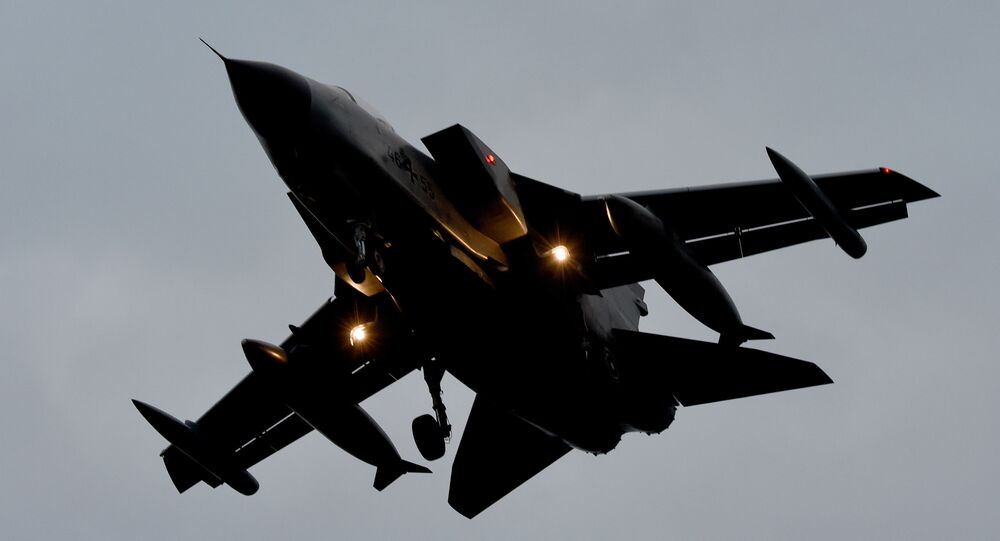 According to NATO's nuclear weapons obligations, dating back to the Cold War, German planes are to carry US bombs in the event of an atomic strike. Although the country’s Tornado fighter jets are close to the end of their operational life and already cost millions of dollars to taxpayers, it remains unclear which aircraft will replace them.

A German pilot has revealed to the broadcaster Deutsche Welle that the conditions at Büchel Air Base, where American atomic bombs are said to be stored under a "nuclear sharing agreement" (which has never been confirmed by the government) are “pretty tight”. According to the outlet, in late November only 12 Tornado fighters out of 45 jets were operational, and later this number dropped to “less than a handful”.

The problem of the maintenance and future replacement of the planes, which date back to the early 1980s but still meet NATO's nuclear weapons obligations, has long been a source of concern. The country’s other aircraft are incapable of fulfilling the task of carrying American nuclear bombs in the event of a crisis. The outlet cites an unnamed lawmaker as saying that each year, the increase in the cost of the jets, which are nearing the end of their operational life, “is brutally high". According to a Ministry of Defence document that DW obtained, in 2018, the maintenance, procurement, and development of the aircraft cost around $562 million. This figure is expected to grow to $700 million this year.

Only a few years ago, when the military could still cannibalise the earlier retired jets, they did not need to manufacture new parts especially for Tornados. But now, when they have run out of them, they have to produce parts for the remaining 85 planes or take them from other serving airplanes under maintenance. This leads to either the cost skyrocketing or to delays before the tornados can return to the sky.

As DW points out, this causes problems for pilots, who are struggling to meet the required flight hours to keep their license. There is also said to be a lack of airworthy jets for the nuclear sharing agreement.

The head of Tornado Maintenance, Repair and Overhaul at Airbus Defence and Space Germany, Katharina Semmler-Schuler, told the outlet that spare parts are a problem. According to her, it prolongs the maintenance term for Tornados (which is approximately 350 days) by 20 days.

"And it's getting more and more difficult", she said.

Unnamed government and opposition politicians, as well as members of the German Air Force, asked by DW, agreed that addressing the need to replace the Tornados cannot wait, as their operational capability is only guaranteed until 2025.

Extending the Tornado fleet for five years more could cost €13 billion. At the same time, if a deal to acquire a replacement, which could amount as much as €10 billion, is concluded soon, Germany would still have to wait several years before its air force receives the airplanes.

"We just want a plane that does its job. Time is running out”, a Tornado pilot, whose identity was not revealed, told DW.

© REUTERS / Fabian Bimmer
Germany’s Tornado Jets Still Can’t Fly at Night
The German Armed Forces have long been searching for a suitable replacement for the aging jets, which entered service with the German Air Force in 1983, but no decision has been made yet.

Although Berlin has previously looked into buying Lockheed Martin's F-35 stealth combat aircraft, which is capable of performing both ground attacks and air missions, to replace the Tornados, it scrapped the plans in 2019. Berlin reportedly decided to choose between the US-based Boeing’s F/A-18 jets or Eurofighters, produced by the European giant Airbus.