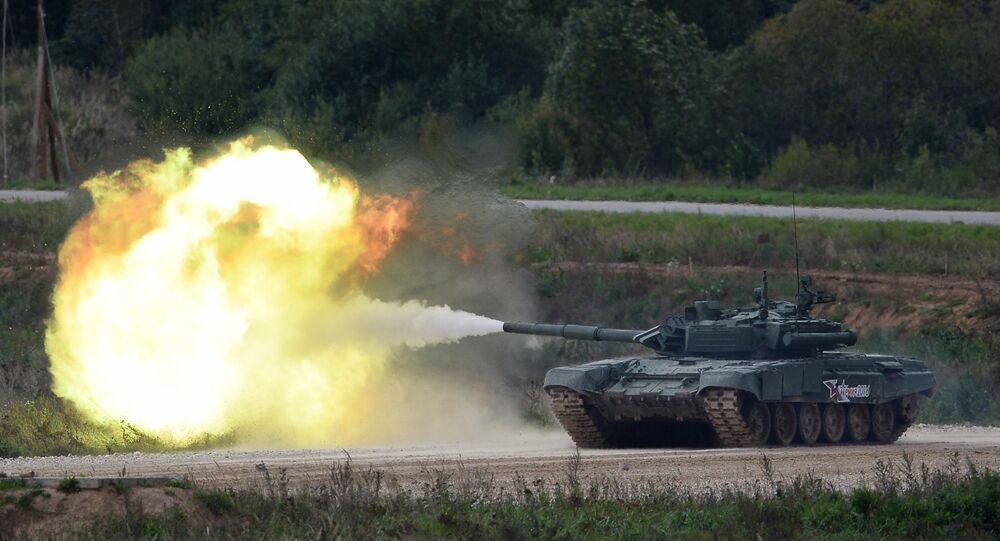 New Delhi (Sputnik): Kinetic energy penetrator Armour-Piercing Fin-Stabilised Discarding Sabot (APFSDS) is the primary ammunition of any armoured regiment. It can effectively engage targets at ranges even beyond 2,000 metres.

India has moved to produce the primary ammunition for its Russian-made T-72 and T-90 tanks at local factories. Issuing an Expression of Interest (EoI) to local vendors, the Indian Army aims to purchase 85,000 rounds of 125mm ammunition in a bid to expedite the supply of the ammunition that it has been importing from Russia. EoI is the first step in the procurement procedure.

“The armour protection on the adversary’s tanks is gradually increasing, which requires higher penetration capability to defeat. There is a requirement to indigenously develop an improved 125mm APFSDS ammunition for tanks T-72/T-90", the EoI document reads.

The current T-72 and T-90 tank barrels are incapable of firing high penetration APFSDS rounds due to a limitation of safety margins of 600 Mega Pascals. Therefore, the Indian Army has put up a requirement to domestically develop ammunition with a minimum depth of penetration of 530mm in order to enhance the lethality of the armament, within the existing “safety”, “consistency”, and “shelf life” criteria.

The Indian Army expects the supply of the ammunition by the end of this year.

In September 2019, maintaining focus on the "Make in India" initiative, the defence acquisition council - the Indian defence ministry's apex procurement body - accorded approval for the domestic development and production of the main gun to provide more lethality to its armoured regiment.

India imports such kinetic energy penetrators for approximately 3,500 T-90 and T-72 tanks, worth over $70 million annually.

Since 2012, the Indian Army has been relying on Russia for such critical ammunition, following the blacklisting of the Israeli military Industry by the Indian government for alleged wrongdoing in military purchases.