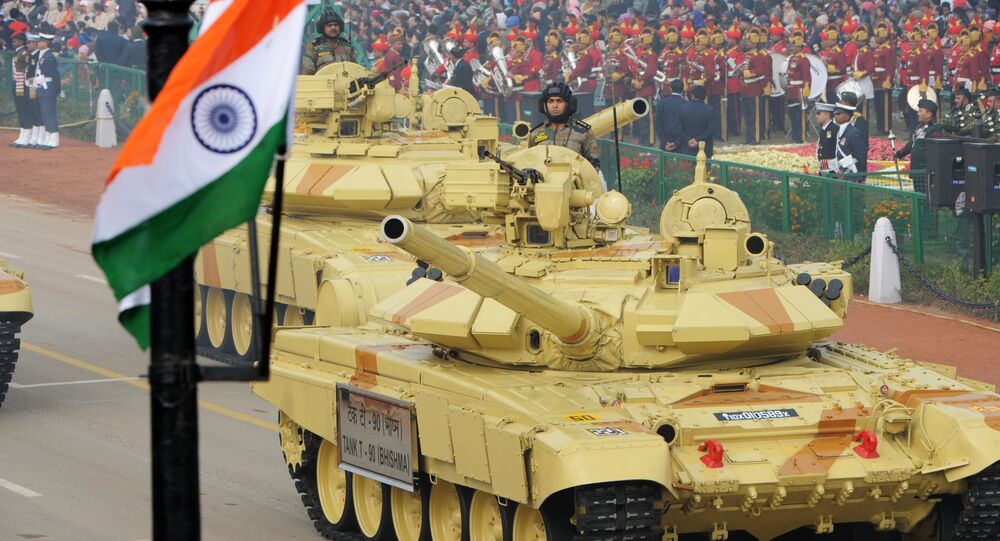 The Indian armed forces are on a drive to shore up war reserves currently at half of the required 40 days of military material for intense fighting.

The team will be seeking fast delivery of rockets and ammunition for Mi-35 helicopter gunships and Su-30 fighter jets as well as some more purchase orders, sources told Sputnik.

The committee represented by IAF and Defense Ministry officials had already held discussions on emergency purchase late last year. The IAF plans to purchase 50,000 rounds of 30mm GsH ammunition for Su-30 fighter jets and more than 60,000 rounds of 12.7 mm ammo for Mi-35 gunships.

India has started building its inventory after the country's highest auditing authority, Comptroller and Auditor General (CAG), found shortfalls in the defence preparedness. Its report noted that some types of ammunition would not even last for 10 days if a war were to break out. The ammunition shortage was even more worrying after multiple terrorist attacks on the Indian military and its retaliation on terror camps along the border with Pakistan.

Sources said in the last three months or so, India has bought arms and ammunition worth more than $ 1 bn from Russia and Israel for Indian Army and Navy under a fast track procedure instead of relying on the notoriously slow bureaucratic channels.

Additional purchases will be made amid talk of reviving the Cold Start doctrine of war with Pakistan. It visualizes lightening quick armoured strikes into Pakistan and capture of bargaining territory before its army has the time to find its feet or retaliate with a tactical nuclear weapon.

A fresh lease of life was given to this untested doctrine by the newly appointed Indian Army chief General Bipin Rawat: "Future wars will be short and intense and you have to be prepared to move fast. Now this is something which you can term in whatever way you want", said General Bipin Rawat during his first press interaction in Delhi earlier this month.