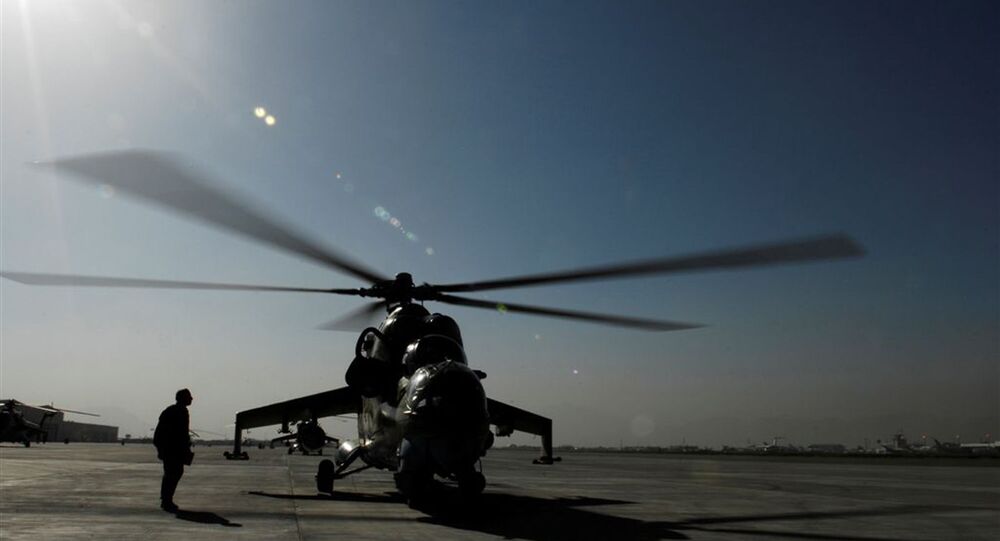 New Delhi (Sputnik): This is the second accident related to military helicopters in Afghanistan this year. The country requested that India provide new parts and repairs for 11 grounded Mi-35s and seven transport aircraft in 2016.

Afghanistan's Defence Ministry has said that two military personnel were killed in a helicopter crash on Wednesday. The chopper was travelling from Farah's capital to the Parchaman district of the province.

The ministry has expressed its deepest condolences to the families of pilots.

An AAF helicopter (MI-35) crashed just before noon today in Porchaman District, Farah province, due to technical issues.
Sadly two of our brave pilots were martyred. MOD leadership expresses their deepest condolences to the families of our martyred pilots.

Farah Governor Mohammad Shoaib Sabet specified that the chopper was transporting ammunition to the province's district of Parchaman.

Earlier this year, a helicopter of the national army also crashed in Balkh province.

Since 2016, Afghanistan has requested that the Indian government make available spare parts to refurbish almost 50 Soviet-era helicopters and some AN-32 medium transport aircraft.