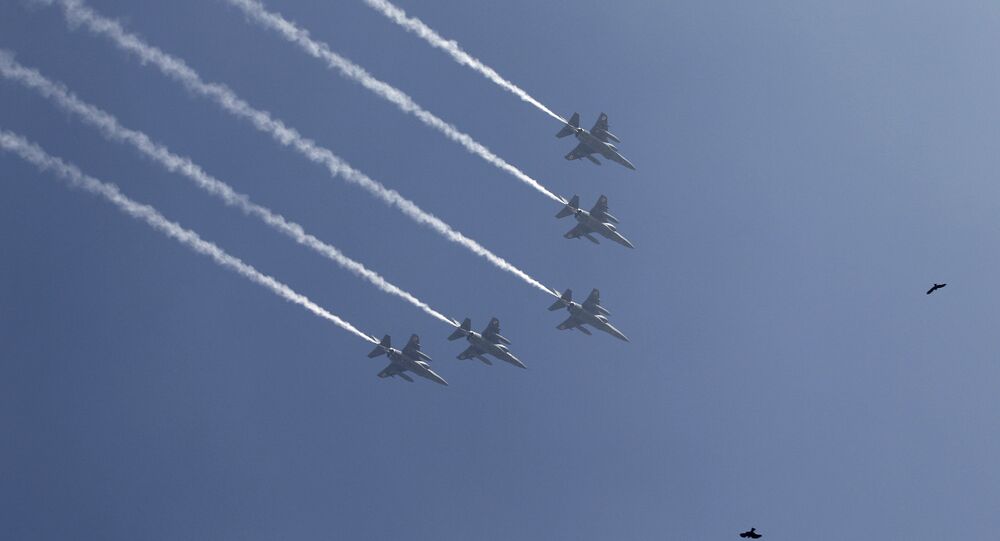 New Delhi (Sputnik): The statement comes against a backdrop of a severe shortage of fighter jets, unmanned air vehicles, trainer jets, helicopters and air defence capabilities. The IAF wants to enhance its capabilities in the short-term but a scarcity of funds is holding it back.

Sitting next to the defence minister, the air force chief re-emphasised the need for enhancing maintenance capabilities and the “optimum utilisation” of new inductions.

A statement released by the Indian Ministry of Defence after the inauguration of the biannual IAF Commanders’ Conference in New Delhi on Monday, said that Air Chief Marshal Bhadauria had mentioned “the need for further enhancing India’s operational capabilities to deter any misadventure by adversaries.”

While the induction of the new fourth generation Rafale fighter jet in the IAF will start from next year after almost a two-decade-long procurement process, a substantial change has taken place in the rotary wing fleet of the Indian Armed Forces.

Bhadauria also highlighted the need for the continuous enhancement of in-house maintenance capabilities and optimum utilisation of new inductions in order to make the IAF a formidable combat force.

The shortage in operational capabilities has been raised at a time when relations with Pakistan are at a low point, requiring the IAF to undertake frequent combat readiness sorties in Jammu and Kashmir, Punjab and Rajasthan.

Both nuclear-armed nations tested over a dozen missiles in November alone and both have clearly indicated that they are testing their “operational readiness.”