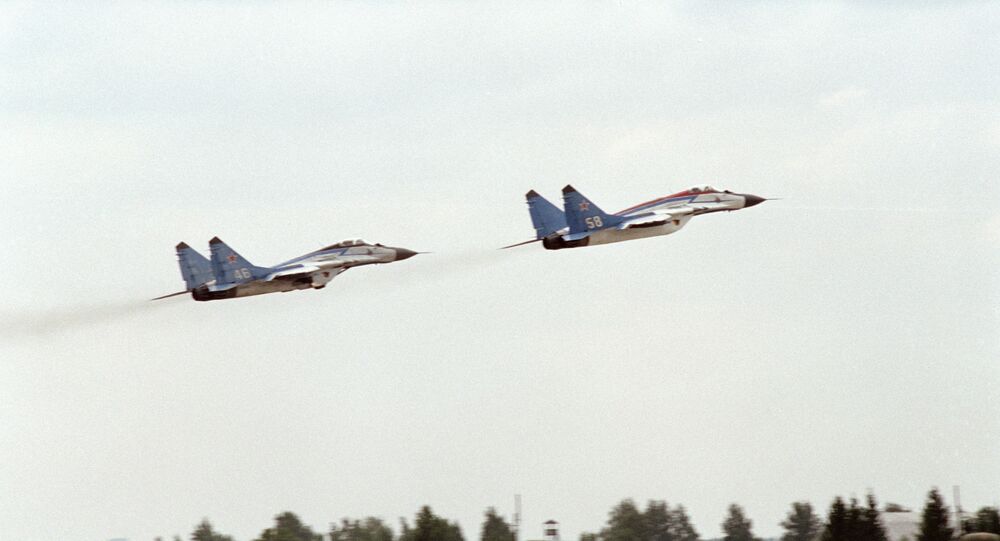 The military aircraft, created in 1964 still remains faster than any other fighter plane even from the fourth and fifth generations.

The world's fastest fighter jet, the MiG-25 (NATO reporting name Foxbat) frightened the US and its NATO allies when it was designed by the Soviet Union, according to the military-themed portal We Are the Mighty.

Its turbojet design makes it possible for the plane to reach a speed of up to 2.8 Mach (around 3,500 km/h, or 2,150 mph) in operational conditions, or even 3.2 Mach (close to 4,000 km/h or 2,450 mph). The aircraft's speed combined with its possible manoeuvering capability would have left any western plane far behind.

However, after a Soviet pilot defected to Japan with his MiG-25 in 1976, the bloc tested the plane, learning it didn't have a look-down, shoot-down radar system, and wasn’t manoeuverable enough to defeat its rivals.