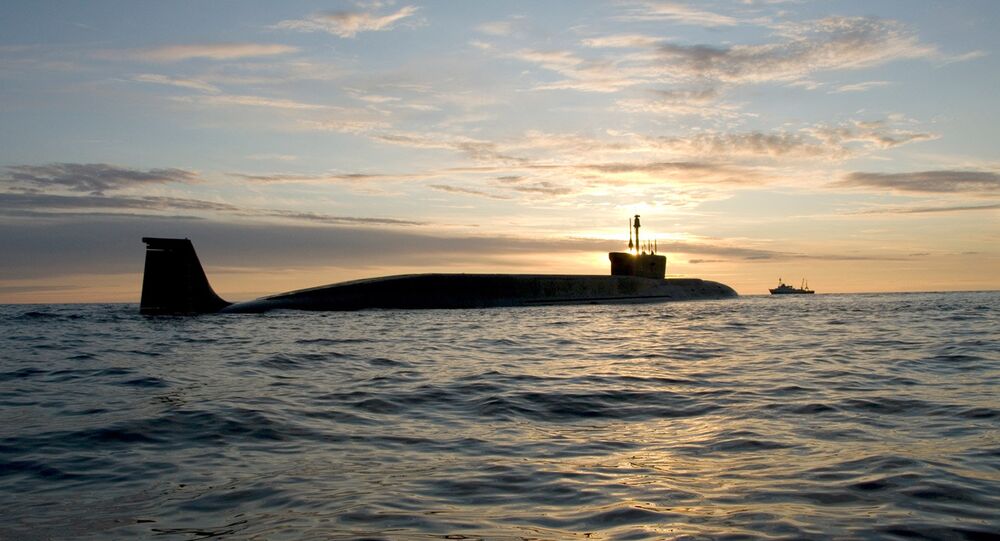 US Magazine Believes This is Real Russian Doomsday Weapon

The author recalled that similar submarines are possessed by the United States, China, France, the United Kingdom, and India.

He claimed that “the primary purpose of Borei-class submarines is almost unimaginably grim: to bring ruin to an adversary’s cities, even should other nuclear forces be wiped out in a first strike.”

The expert referred to the Borei as “the most advanced SSBN in the Russian Navy”, armed with 16 Bulava (Mace)R-30 intercontinental ballistic missiles each carrying six individually targeted 150-kiloton warheads, designed to split apart and hit separate targets.

“The Bulava has an unusually shallow flight trajectory, making it harder to intercept, and can be fired while the Borei is moving. The 40-ton missiles can deploy up to 40 decoys to try to divert defensive missiles fire by anti-ballistic missiles systems like the Alaska-based Ground-based Midcourse Defence system,” Poplin noted.

Massive firing from the submarine "Yury Dolgoruky" with four Bulava missiles at the Kura test site in Kamchatka is recorded in the book of records of the Russian Armed Forces pic.twitter.com/7RMyVgpSU1

He also specifically focused on the submarine’s sleek 170-meter-long hull coated in sound-dampening rubber, something that helps meet the Borei’s “primary purpose to remain undetected long enough to unleash its terrifying firepower”.

“Towards that end, the Borei is designed to higher standards of acoustic stealth than Soviet-era designs, and is more capable of evading enemies that do get an inkling of its position,” the author points out.

Separately, he touched upon the sub’s jet propulsion system that makes it possible for the Borei “to remain unusually quiet while cruising near its maximum underwater speed of thirty knots”.

“This probably makes the Borei quieter, and able to remain discrete at higher speeds, than the propeller-driven Ohio-class submarine”, Roblin underscored.

He singled out three Borei-class submarines that are currently afloat, with the Yuri Dolgoruky serving with the Northern Fleet, while the Alexander Nevsky and the Vladimir Monomakh are with the Pacific Fleet’s Vilyuchinsk base on the Kamchatka Peninsula.

Additionally, Roblin referred to Russia’s efforts to develop Project 955A Borei-II/Borei-A submarines which will have more advanced characteristics as compared to the previous version.

For example, the lead such sub, the Knyaz Vladimir (Prince Vladimir) is due to be commissioned before the end of this year and will be equipped with modernised combat, sensor and communications systems, as well as improved acoustic stealth and crew habitability, according to the expert.

In this context, he quoted an unnamed Russian source as saying that the new sub is upgraded in order to “decrease launch time to the minimum”.

He concluded by claiming that the development of the SSBNs and the Khabarovsk-class subs, which are now “another half of the Russian Navy’s future sea-based nuclear deterrence force” along with the Borei vessels, indicate that “Moscow, it seems, would like a little more redundancy in its ability” to tackle a possible nuclear conflict.

The Russian newspaper Izvestia has , meanwhile, quoted a Russian Navy General Staff source as saying that the new Borei-class attack submarine Knyaz Oleg (Prince Oleg), will join the Russian Pacific Fleet in 2020. The vessel will be stationed in Kamchatka, the source said, adding that its crew has already been trained and is waiting for its launch in the city of Severodvinsk.