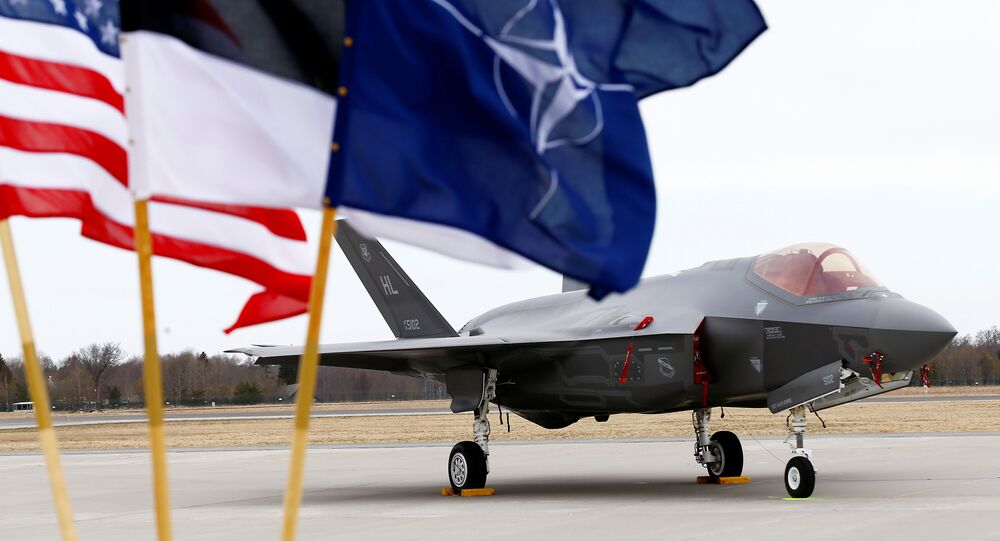 On 29 September, General Nick Carter, chief of UK Defence Staff made an incendiary speech to the Cliveden Literary Festival. A number of his comments sparked widespread outcry – not least his suggestion the distinction between conflict and peace no longer existed, and Britain was effectively “at war”.

He claimed the new dynamic stemmed from battling unrelenting cyberattacks from "hostile" states such as Russia each and every day.

The Russian Embassy in the UK promptly issued a statement, calling Carter's rhetoric “a matter of concern”, and accusing the General of promoting non-existent threats in order to justify war budget increases.

“[Carter] states in modern conditions the familiar line between war and peace is erased, and he feels he is now at war because of increased competition between world powers and the struggle of ideas between states and non-state entities," the press service said.

The Embassy's statements were echoed by political consultant and foreign affairs analyst Adriel Kasonta on 30 September.

“I think it's a justification to increase the spending and the Ministry of Defense. In order to get additional money for spending in the Ministry of Defense as in any other department ... you have to justify your query or request for more spending. So, in order to spend more money, you have to justify and create a very lofty story to support your statement and your request,” he said.

While Western news outlets failed to entertain such a prospect in any of their reporting on his oratory, that Carter's fiery claims were effectively a funding bid was all but confirmed later on in his speech, in a passage almost completely missed by mainstream journalists.

The Trillion Dollar F-35 Jet Has Been Grounded AGAIN: http://t.co/Ni2AXhk8 What a failure of a plane

Noting NATO presently faced “serious political challenges”, he referred to Vladimir Putin as “the greatest gift to NATO since the end of the Cold War”, and stated the Russian President had been “very helpful in getting us to make the case as to why we need to modernise”.

'Modernisation' is a euphemism for upgrading armaments and arsenals in line with the latest weaponry emanating from the world's largest 'defence' contractors, typically based in the US and UK – and as academic John Laughland has long-noted, NATO is an ideal mechanism for “extracting Danegeld from new member states for the benefit of the US arms industry” and “getting others to protect US interests around the world, including the supply of primary resources such as oil”.

“The economic interests driving NATO expansion are so blatant the man who coordinates US policy on the matter practically has 'military-industrial complex' as his middle name. Bruce Jackson, president of the US committee on NATO, is a former military intelligence officer in the US army who became vice-president of Lockheed Martin, the gigantic US arms manufacturer and biggest provider of financial control and accounting services to the Pentagon, from whose accounts trillions of dollars have disappeared ... Jackson recently told Bulgaria its membership of Nato would depend on it selling the national tobacco factory to the 'right' foreign buyer...[NATO] is in short, a racket,” he wrote in 2002.

Often, military 'innovations' are pushed on members irrespective of whether they actually work. Recently for instance, a number of countries - including the UK and Poland - agreed to purchase Lockheed Martin F-35 Lightning II fighters to equip its latest aircraft carriers. A single-seat, single-engine, all-weather, stealth combat aircraft, the F-35 spent 17-years in development, yet is still considered even by the US military to be woefully inadequate in actual war conditions, given its tendency towards structural cracking, limited service life and low flight-time capacity.

Even National Interest, the American Empire's journal of record, has dubbed the project “egregiously expensive and notoriously unreliable” and “even more of a disappointment” than thought in 2015, when it was revealed the jet had failed to meet any of the nine reliability measures it was supposed to have achieved by that point, and the US Joint Program Office had been recategorising failure incidents to make the plane appear more reliable than it actually was.

Still, just one death has been associated with the F-35's use to date - in April 2019, a Japanese-owned F-35 crashed in the Pacific. Officials subsequently attributed the cataclysm to its now-deceased pilot suffering from “spatial disorientation” mid-flight.

The same can't be said of the F-104 Starfighter, which during the 1960s and 70s became a flagship export for Lockheed Martin, with 14 countries purchasing often sizeable contingents despite several notable US Air Force pilots dying during test flights in the late 1950s. In November 1959, a malfunctioning F-104 crashed into a house in suburban Dayton, Ohio, killing two young girls and critically burning their mother - luckily, its pilot had ejected to safety half a mile away.

Dubbed many unflattering names due to its unreliability - such as Widowmaker and Flying Coffin - the F-104 Starfighter was the first aircraft to simultaneously hold both the speed and altitude world records. Many variants of it were made, the F-104S being the final version. pic.twitter.com/hJeMCAdcoh

The Starfighter's period of service in foreign countries - or lack thereof - would go on to become something of a scandal with the domestic populations of purchasers. In the Federal Republic of Germany, a total of 262 Starfighters - from an initial order of 916 - crashed within a month of their January 1962 receipt, with several downing on the same days. By the time the Starfighter was finally retired in December 1984, in all 116 German pilots had lost their lives, earning the F-104 the chilling nickname of 'Witwenmacher' (Widowmaker) - starting in 1969, German women whose husbands perished while flying the Starfighter began suing Lockheed Martin for damages. By 1975, over 30 had received compensation of three million Deutschmarks each.

It's unclear why so many states purchased the obvious deathtraps, and continued to utilise them despite their demonstrable, fatal uselessness - although in 1977 the US Securities and Exchange Commission exposed how top Lockheed executives had sanctioned and directed a program of bribery of foreign officials, with “questionable” payments of up to US$38 million made 1970 - 1975 to a variety of overseas governments. It's unclear who precisely received what funds - the identities of recipients were withheld by the US government due to fears of “adverse repercussions” for the company and Washington alike - but it's known former Japanese Premier Kakuel Tanaka personally reaped a US $ 1.6 million dividend from the corporation, and the Netherlands' Prince Bernhard US $ 1.1 million.

It's likewise uncertain whether Lockheed has reformed its sales and marketing practices since the now-forgotten scandal - although given NATO has so rapaciously expanded since, aggressively pushing the company's product range every step of the way, it may no longer need to resort to bribery to boost profits.

This expansion has come despite cast-iron promises to the contrary. In 1990, James Baker, then-secretary of state, visited Moscow and informed Soviet leader Mikhail Gorbachev the US wished for Germany to be reunified - in return for not opposing the move, Baker promised the alliance wouldn't move "one inch eastwards" towards the Soviet Union. Gorbachev accepted the offer, and the pledge was subsequently reiterated by then-German Foreign Minister Hans-Dietrich Genscher, who said in a January 31, 1990 speech in Tutzing, Bavaria there wouldn't be "an expansion of NATO territory to the east, in other words, closer to the borders of the Soviet Union."

However, by 1999, NATO's sphere of operations expanded a great many inches eastwards, with three former Warsaw Pact countries (Hungary, the Czech Republic, and Poland) joining the alliance. This enlargement was opposed by George Kennan — previously a committed "cold warrior" and key figure in the creation of NATO — who predicted it would precipitate the start of a 'new Cold War'.

"The Russians will gradually react quite adversely and it will affect their policies. It's a tragic mistake. There was no reason for this whatsoever. No one was threatening anybody else. This expansion would make the Founding Fathers of this country turn over in their graves. Our differences in the Cold War were with the Soviet Communists. This has been my life, and it pains me to see it so screwed up in the end," Kennan said at the time.

He added there would "of course" be a negative reaction from Russia, and then "NATO expanders will say 'we always told you that is how the Russians are' — but this is just wrong.'' Kennan's warnings have been ignored ever since — in 2004, more former Warsaw Pact members, along with former states of the Soviet Union and Yugoslavia (Bulgaria, Estonia, Latvia, Lithuania, Romania, Slovakia, Slovenia) were admitted. As of September 2019, NATO stands 13 members larger than it did in 1990, 10 of which formerly comprised the Warsaw Pact, and three of which formed part of the former Yugoslavia.