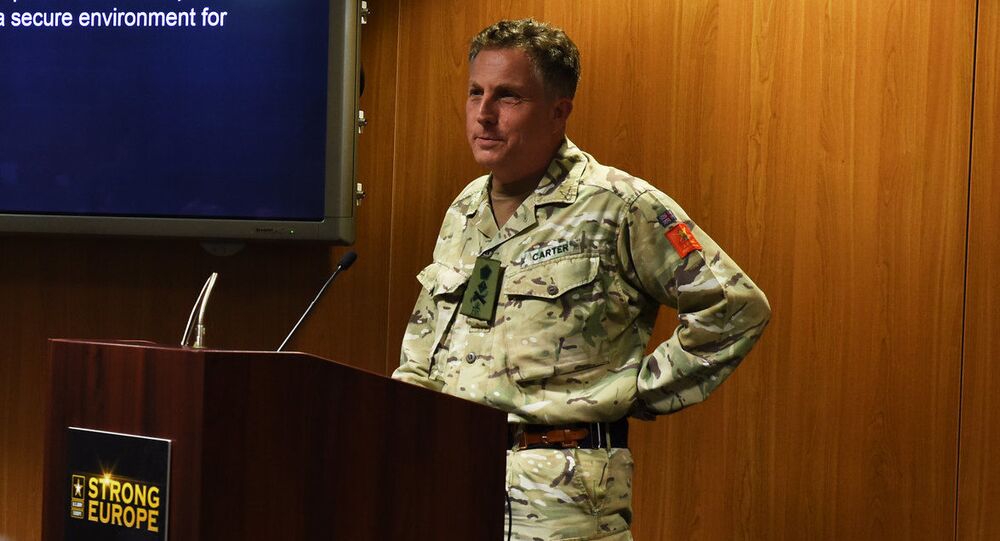 Russia has repeatedly rejected accusations of its involvement in global cyber attacks, with presidential spokesman Dmitry Peskov slamming such allegations as “absolutely unfounded” and “absurd”.

The UK’s Chief of the Defence Staff Nick Carter has claimed that Britain is at war every day due to constant cyber attacks from Russia and other countries.

In Sunday’s address to the Cliveden Literary Festival, which was also attended by former US General and CIA Director David Petraeus, General Carter also argued that “the changing character of warfare has exposed the distinctions that don’t exist any longer between peace and war.”

Carter referred to Russia’s and China’s alleged “interpretation” of the rules governing international engagement which he claimed threatened “the ethical and legal basis on which we apply the rule of armed conflict.”

He described Russia as “much more of a threat today than it was five years ago.”

“The character of warfare is evolving […] there’s a debate we need to have about what does the future of warfare look like,” Carter claimed, insisting that traditional concept of war only being waged on land, sea and in the air is already outdated.

“The key bit that will give you the edge you need is the way in which information connects [it all] together so we are properly integrated at every level,” he argued.

Carter also claimed that “future warfare is going to be very much information-centric” and that the UK military should clinch a balance between training the armed forces for the new forms of warfare and keeping up a powerful traditional military deterrent, something that is still in place in the Baltic states.

Additionally, Carter made it clear that he shares Petraeus’ view about Russian President Vladimir Putin being “the greatest gift to NATO since the end of the Cold War.”

“NATO’s got some serious political challenges at the moment. “Putin has been very helpful in getting us to make the case as to why we need to modernise,” Carter claimed.

Russia has repeatedly denied its involvement in cyber-attacks abroad, with presidential spokesman Dmitry Peskov stressing that “these are absolutely unfounded accusations, which are often quite absurd and are not supported by concrete facts.”

He was echoed by Russian Foreign Ministry spokeswoman Maria Zakharova who said last year that as far as cyber crimes are concerned, “in Western countries, it has become common courtesy to systematically accuse Russia” in such crimes.