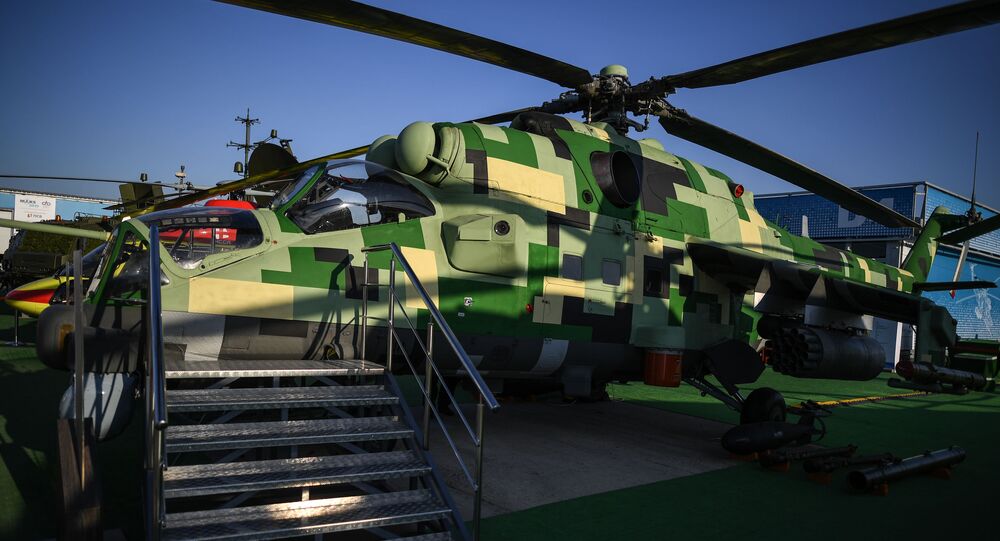 The official testing of the first upgraded attack helicopter MI-24P-1M will be conducted in a Russian military unit within a year, a representative for the Russian Defence Ministry contractor's company KRET said.

"The Russian Defence Ministry created a technical task for us. According to this document, we made the first model of the upgraded MI-24P-1M. We have already taken the vehicle from the military unit. The Russian Defence ministry will test this helicopter over the year to check all of its capabilities", the KRET representative said.

According to the Russian Defence Ministry, the first MI-24 type choppers were commissioned in 1976. The MI-24P-1M became, however, a 'real digital' attack chopper after some 90 percent of its hardware and systems were replaced or upgraded.

"Almost everything here is upgraded. Starting with cabin and navigation systems along with communication devices and finishing with weapon control systems. A cutting edge onboard defence system is also installed in this machine: full-cycle autopilot, self-controlled search and destroy system", the representative noted.

The upgraded MI-24P-1M was presented last month at the MAKS-2019 aviation and space salon in the Moscow region.