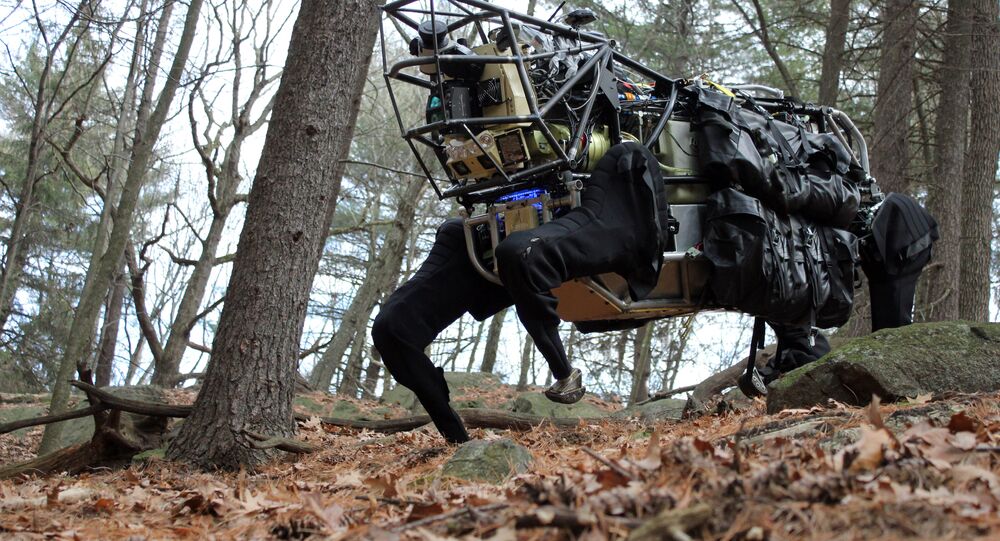 Earlier this month, a Dutch NGO warned that dozens of major tech companies from around the world were working on artificial intelligence technology which could be used for lethal autonomous weapons systems that can take human beings out of the loop on the decision to attack people, effectively creating “scalable weapons of mass destruction.”

The US Department of Defence is concerned about falling behind China on AI thanks to that country’s well-oiled civilian-military technology partnerships, DOD Joint Artificial Intelligence Centre director Lt. Gen. Jack Shanahan has said.

“If we do not find a way to strengthen the bonds between the United States government and industry and academia, then I would say we do have the real risk of not moving as fast as China when it comes to [AI],” Shanahan said, during a press briefing in Washington on Friday, his remarks quoted by Business Insider.

According to the officer, while the US military’s AI-related projects have been hindered by some tech giants’ reluctance to cooperate with the Pentagon, China does not face this issue, with its ‘Civil Military Fusion’ strategy giving them “a leg up” against Washington in this field.

Last year, Google ended its cooperation with the Pentagon on Project Maven, a machine-learning and AI project looking to give the military the capability to differentiate people and objects via drone footage. Following Google’s decision to back out of the project, Microsoft’s then-CEO Brad Smith said the company would be happy to provide the Pentagon with “all the technology we create.” Amazon has similarly voiced its interest in working with the defence department on cloud computing and battlefield AI initiatives for the Pentagon’s Joint Enterprise Defence Infrastructure (JEDI) programme.

However, Shanahan fears current cooperation may not be enough, saying that the military will need to “work hard on strengthening the relationships we have with commercial industry.”

“The idea of that civil-military integration does give strength in terms of [China's] ability to take commercial and make it military as fast as they can,” Shanahan stressed.

According to Shanahan, the US had previously enjoyed a time when the military could depend on the technology sector, but these ties have “splintered” over the years. “That is a limitation for us,” he said.

Earlier this week, Elsa Kania, a research fellow at the Washington-based Center for New American Security think tank, wrote that the US needs to take China’s “strategy of military-civil fusion” seriously, with the concept “provoking some anxiety in Washington” amid fears that the US was “challenged, or even outright disadvantaged, in technological competition relative to the more integrated approach to innovation Chinese leaders are attempting to achieve.”

Shanahan attempted to downplay some of these fears at Friday’s briefing, saying that while China may have an advantage in certain areas, like the “speed of adoption and data…just the fact that they have data does not tell me they have an inherent strength in fielding this in their military organisations.”

Furthermore, the officer promised that 2020 would be a “breakout year for the [Pentagon] when it comes to fielding AI-enabled technology,” without specifying exactly what he meant.

Last week, PAX, a Netherlands-based NGO, released a report on the extent to which major tech companies from around the world are engaged in the creation of artificial intelligence systems which could be used for deadly military applications, surveying fifty companies. PAX found that 21 companies were engaged in projects deemed of ‘high concern’, with 22 more listed as ‘medium’ concern. 13 of the ‘high concern’ companies were said to be based in the US, and include Amazon, Intel, Microsoft, Palantir and Oracle. The UK’s Blue Bear Systems, Canada’s AerialX, France’s EarthCube, China’s Yitu and Israel’s Roboteam also made the list.