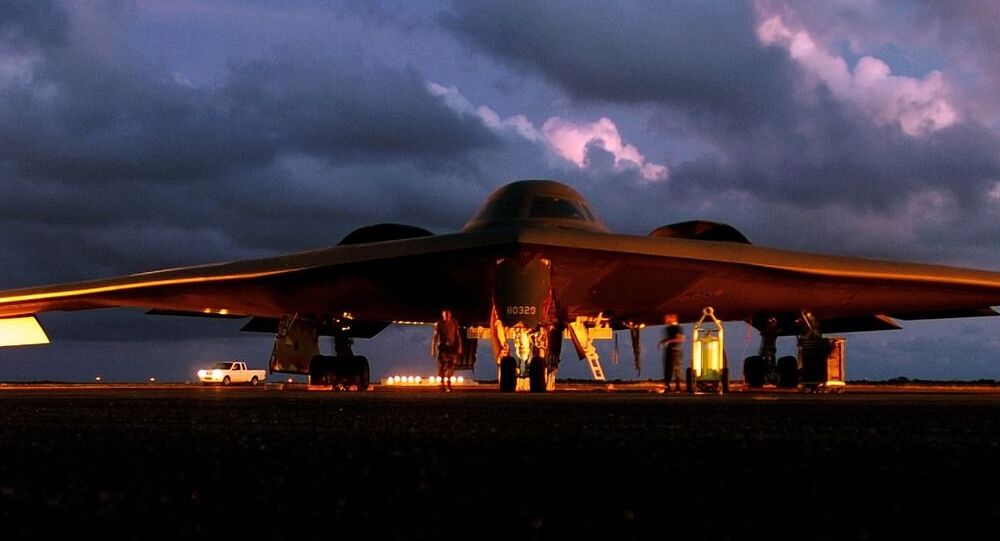 Earlier in the week, three US B-2 bombers arrived at the Royal Air Force (RAF) base in Fairford, UK to take part in regional navy drills. One of the warplanes was subsequently tasked with flying to Iceland as part of the war games.

A US B-2 Spirit stealth bomber touched down at Naval Air Station Keflavik in Iceland on Wednesday, in what became the warplane’s first visit to the area.

The visit came a day after US European Command (EUCOM) said in a statement that three B-2 bombers from the 509th Bomb Wing at Whiteman Air Force Base in Missouri had arrived at a Royal Air Force (RAF) base in Gloucestershire ahead of regional military exercises.

“The deployment of [B-2] strategic bombers to the UK helps exercise RAF Fairford as United States Air Forces in Europe's forward operating location for bombers,” the statement pointed out, adding that the deployment also includes “joint and allied training in Europe to improve bomber interoperability”.

Wow. AFAIK it’s the first B-2 visit to Iceland. H/T @ryankakiuchan for the heads up! https://t.co/fuluF92IAB

The statement noted that US training with partners, allied nations and other Air Force units enables Washington “to build enduring and strategic relationships necessary to confront a broad range of global challenges”.

The drills come amid the US’ efforts to re-establish its larger presence at Keflavik, which was deactivated back in 2006. in this vein, Washington has repeatedly pointed to Russia's allegedly increasing naval presence in the North Atlantic and Mediterranean Sea.

Cmdr. Pamela Rawe, spokesperson for US Naval Forces Europe-Africa, told the newspaper Stars and Stripes last year that “while Iceland remains a strong NATO ally, the US has no plans to re-establish a permanent presence in Iceland” even though renovations at Keflavik are under way

Right now, the US and other NATO members send rotational detachments of fighter jets to Keflavik base as part of the alliance's Icelandic Air Policing mission.

WATCH US B-2 Dropping 'Mother of All Bombs'