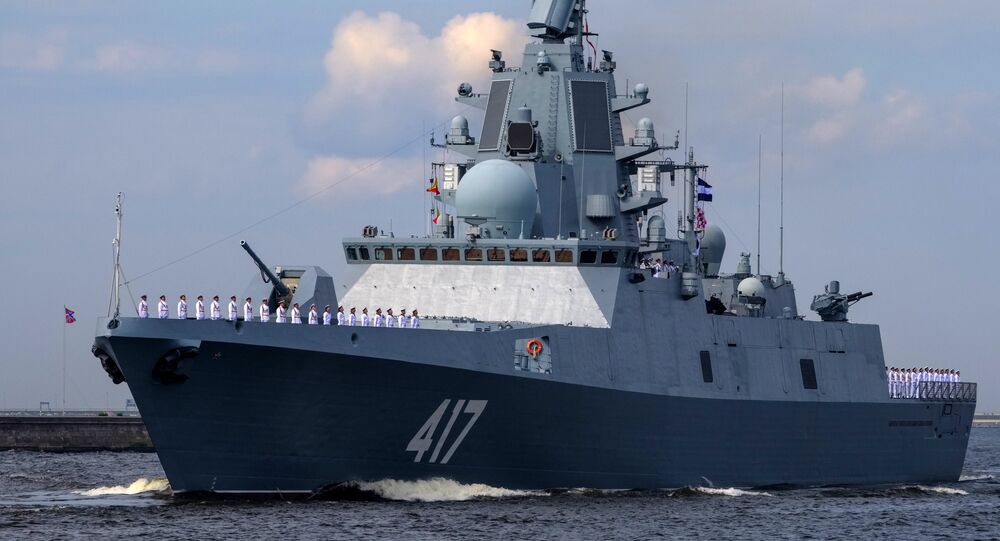 The US Navy has dispatched a destroyer to track the movements of the Russian frigate Admiral Gorshkov, an advanced warship that recently called to port in Havana, Cuba.

Admiral Gorshkov, the first in a new line of mainline warships built for the Russian Navy, is being tracked by US commanders and shadowed by a US warship. The Gorshkov checked into Havana on Monday, but its itinerary in the Caribbean is unknown.

“We are aware of the deployment of the Russian ship Gorshkov and are taking steps to actively track it,” North American Aerospace Defense Command (NORAD) tweeted Tuesday morning. “We won't discuss all measures being taken, but NORAD is conducting air operations in defense of the US & Canada and USNORTHCOM has deployed maritime assets to track Gorshkov.”

We are aware of the deployment of the Russian ship Gorshkov and are taking steps to actively track it. We won't discuss all measures being taken, but NORAD is conducting air operations in defense of the US & Canada and USNORTHCOM has deployed maritime assets to track Gorshkov.

The Gorshkov is almost certainly being shadowed by the USS Jason Dunham, an Arleigh Burke-class guided missile destroyer that USNI reported was only 50 miles north of Havana on Tuesday. The Navy also told the outlet it was monitoring the situation.

The Admiral Gorshkov was commissioned last year and is rumored to sport the Filin 5P-42, an electro-optic countermeasure weapon that emits an oscillating beam of high-intensity light designed to frustrate optical targeting and monitoring systems. It’s also capable of causing temporary blindness, disorientation and nausea.

The ship entered the Caribbean on June 18, accompanied by the multipurpose logistics vessel Elbrus, the sea tanker Kama and the rescue tug Nikolai Chiker, AP reported. US Special Envoy to Venezuela Elliott Abrams claimed the vessel was en route to Venezuela, but the ship turned north after transiting the Panama Canal, instead going to the Cuban capital.

However, US warships are no more distant from Russian shores. A squadron of NATO warships entered the Baltic Sea last month for the Spring Storm war games with Estonia that began in early June. One of those ships, the Arleigh Burke-class destroyer USS Gravely, was spotted on May 13 only 37 miles from the Russian naval base at Baltiysk, in the Gulf of Finland, Sputnik reported. A Russian Su-24 attack aircraft paid the vessels a visit last week.

US Destroyer Caught Between Two Russian Warships Off Turkey (PHOTOS)

'Just Chilling': Netizens Amazed by Russian Sailors 'Sunbathing' Amid Near Collision With US Warship