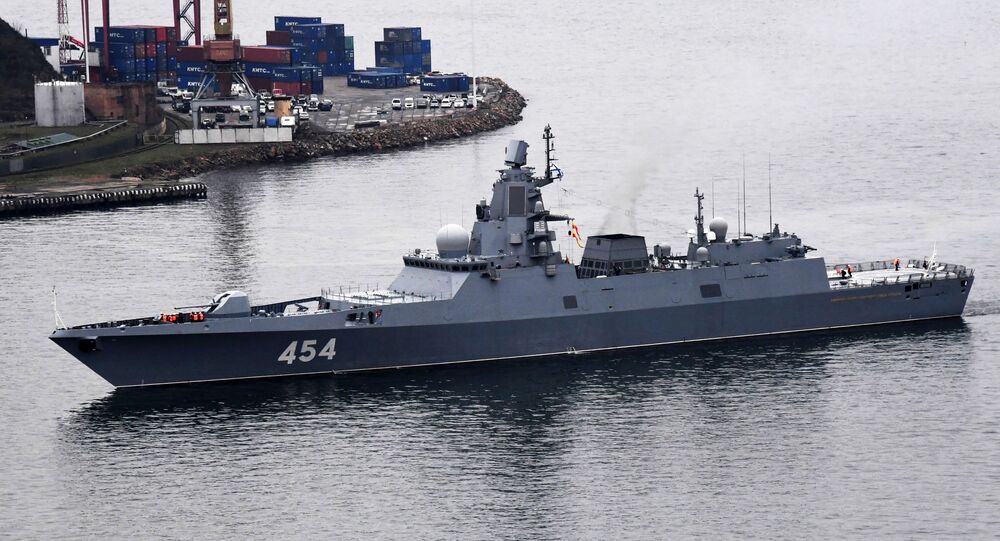 Previously, Washington repeatedly reproached Russia for allegedly sending its military to the Latin American state, despite Moscow explaining on multiple occasions that it was actually sending maintenance technicians under the provisions of pre-existing military supply treaties with Caracas.

US Special Representative for Venezuela Elliott Abrams has stated that Russian frigate Admiral Gorshkov has been sailing towards Venezuela and slammed Russia for allegedly sending military specialists instead of humanitarian aid.

"Right now, the USS Comfort hospital ship is heading into the Caribbean and South America and will dock at a number of ports to bring medical care to Venezuelan refugees and locals, while Russia is sending its warship, the Gorshkov, and more military technicians to Venezuela," he said.

The Russian frigate Admiral Gorshkov's strike group indeed recently entered the Caribbean Sea via the Panama Canal and visited Cuba; however, the Russian navy didn't announce its next destination and hasn't yet commented on the special envoy's statements.

Venezuelan President Maduro stated on 19 February that Moscow would deliver 300 tonnes of humanitarian aid to Caracas, although Russia hasn’t confirmed that information.

The US has been attacking Russia over allegedly sending its military to the Latin American state, arguing that it is worsening the political crisis in the country. Moscow explained that it was sending technicians to run maintenance on military equipment, which was supplied under treaties signed over a decade ago.

US National Security Adviser John Bolton claimed in June that Maduro had "mismanaged" the country's funds by allegedly signing a defence contract with Russia to buy its support, without elaborating any further. His claims were dismissed by a number of Russian officials, who noted that no contracts have been signed recently and none are expected to be signed in the near future.