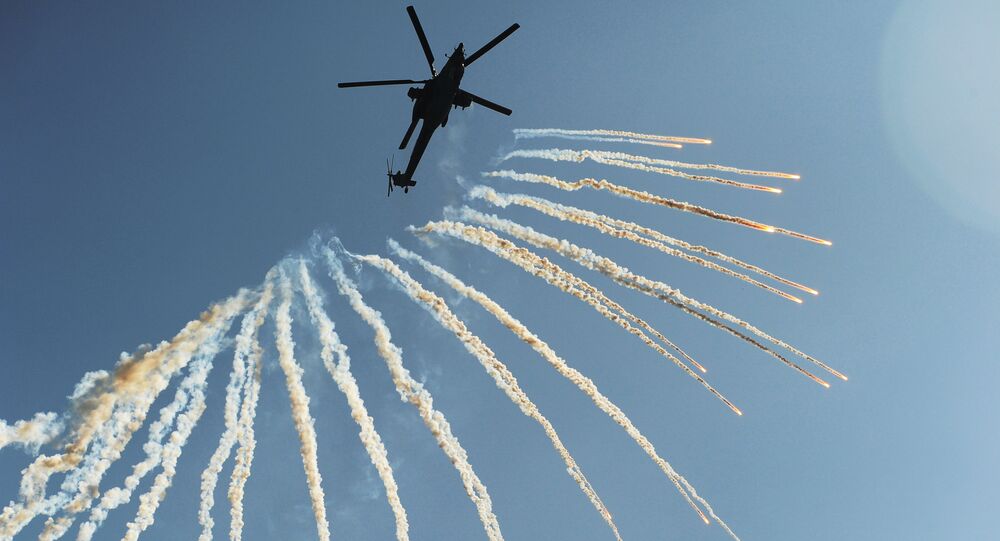 MOSCOW (Sputnik) - The footage of a modernised model known as the "Night Hunter", aired by TV channel by Zvezda, shows the aircraft using a top secret Russin rocket to perform a spectacular airstrike during a training mission.

"As many as two helicopters have already been handed to the Defence Ministry. They will join state tests. A batch of six machines is expected to be handed to the Russian Aerospace Forces next year", CEO of the company Russian Helicopters Andrey Boginsky told Zvezda.

According to the helicopter's chief designer, Vitaly Scherbina, the Mi-28NM is capable of using a wide range of weapons, including air-to-air missiles, enabling the helicopter to shoot down enemy missiles.

The Mi-28NM, currently developed by Rostec's Russian Helicopters, is a modernised version of the Mil Mi-28 attack helicopter. The Mi-28NM is a new-generation all-weather attack helicopter, capable of fulfilling a wide range of tasks, including destroying armoured vehicles and low-speed aerial targets, carrying out air reconnaissance, as well as designating targets for other helicopters and aircraft.

A prototype of the Mi-28NM is currently undergoing state tests before introduction into service.

US Military Helicopter Destroyed After Hard Landing in Afghanistan - Reports