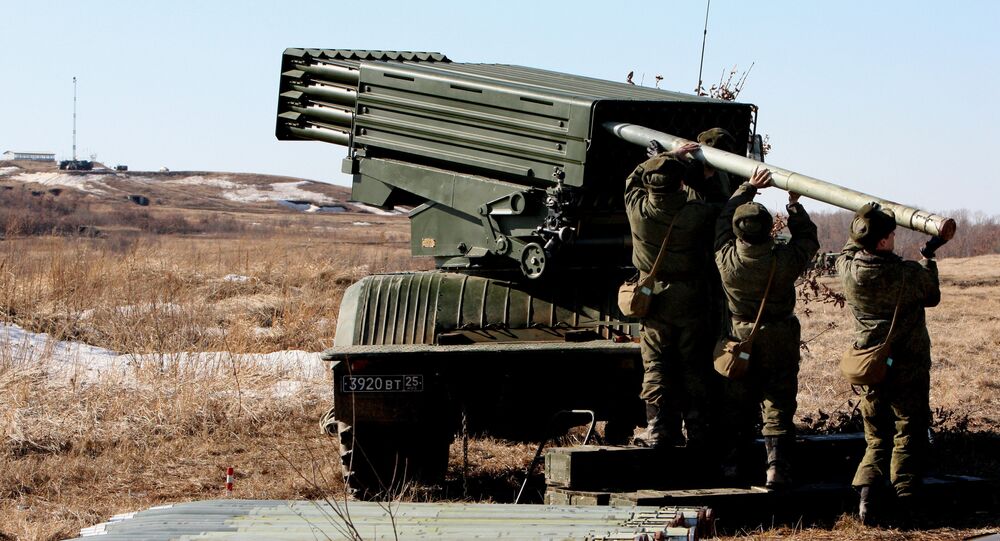 "The Defence Ministry introduced a practice of long-term contracts. We signed a contract with the [Russian] military for the first time last year on the supply of missiles for Tornado S rocket launchers, [the contract] works till 2027. This allows us to plan cooperation beforehand… [and], set long-term plans", he said.

According to the manufacturer, three types of missiles were developed for the Tornado-G and the Tornado-S. The first type is designed to destroy enemy personnel and unarmored vehicles. This is an unguided missile with a detachable high-explosive head. It has a firing range of 5 to 20 kilometers (3 – 12 miles).

© Photo : Rostec
Philippines Showing Interest in Buying Russia's Helicopters, Submarines - Rostec
The second armor-piercing type is designed to defeat armored vehicles with armor up to 100 millimeters (3.9 inches) thick. The power of this missile is in its cluster warhead, which is stuffed with shaped-charge fragmentation submunitions.

The Techmash concern is Russia’s largest ammunition manufacturer specializing in the development and production of supplies for weapons for the Russian Armed Forces. Techmash is part of Russian state corporation Rostec.