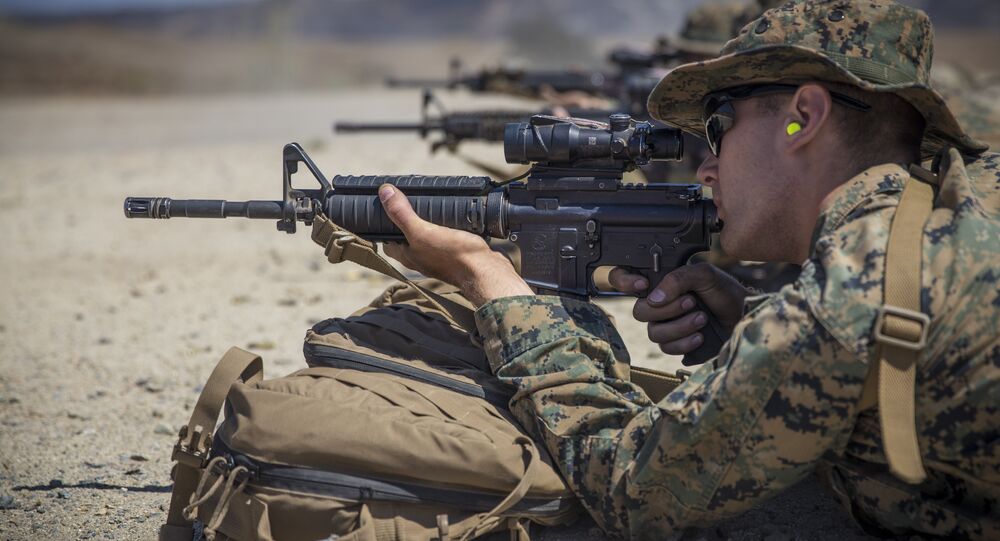 Officials with the US Marine Corps are stuck between a rock and a hard place, as the service is experiencing shortages of rifle combat optic (RCO) sights due to a combination of factors, a new administrative message obtained by Military.com reveals.

The message, which notes the findings of the 2019 Combat Marksman Symposium, indicates that new recruits at the Marine Corps Recruit Depot in South Carolina's Parris Island and those stationed at The Basic School in Quantico, Virginia, won't have enough RCOs for training.

It explains that the service is encountering "RCO shortages due to a combination of service life expiration and breakage." The note goes on to state that "based on the current sustainment model," recruits in Parris Island and at The Basic School will begin to experience a "critical impact… within six months."

Recruits stationed at the Weapons and Field Training Battalion in California's Camp Pendleton will begin to see shortages within the next 12 months.

So what's the service's solution, you may wonder? Officials are currently considering reshuffling RCOs "across the total force… [to] reduce the immediate training impact."

"This highlights a need to develop a use and care policy for [entry-level training] in order to reduce shortfalls and a long-term sustainment model for the total force," the notice reads.

It's unclear how many RCOs officials need to provide adequate training for recruits.

"Essentially what this optic does is make Marines smarter, faster, and deadlier."

Military.com reported that the Marine RCO "is the standard 4X magnification sight Marines use for M16A4 rifles and M4 carbines."