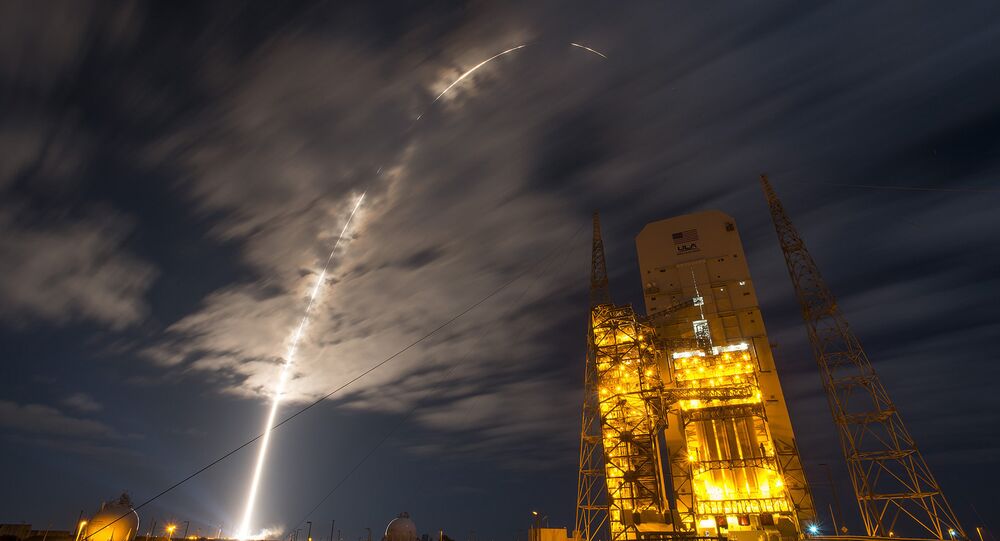 Acting US Secretary of Defense Patrick Shanahan hinted Wednesday that the budget for the incipient US Space Force could grow significantly as it becomes more functional.

Sputnik reported earlier this month, following the release of US President Donald Trump's draft Fiscal Year 2020 budget, that the Space Force would have a budget of roughly $2 billion over the next five years in order for the new service branch to "stand-up." That includes $74 million for the rest of 2019 (FY 2020 begins October 1), plus roughly $500 million for the four years after that.

However, speaking at the Center for Strategic and International Studies (CSIS) think tank in Washington, DC, on Wednesday, Shanahan hinted the service's budget could eventually swell to the size of US Special Forces Command (SOCOM), which asked for $13.6 billion in 2020, Military.com reported.

"I'd say our $2 billion dollar number is a good parametric estimate," Shanahan said, meaning it's one based on historical cost information and analysis of previous conditions. "It's really more of a top-down number than it is a bottoms-up number. For the purposes of moving at speed you parametrically generate a number."

Shanahan said the disparity in estimates arose simply from the fact that the Pentagon and the Air Force "just had different assumptions."

Sputnik originally reported that the roughly $500 million a year estimate fell much closer to that made by CSIS following Trump's June 2018 announcement of the creation of the force. However, Shanahan's estimate is identical to that made by Air Force Secretary Heather Wilson last September, which many attributed to the USAF's disdainful view of the Space Force, which was perceived to be encroaching upon Air Force agencies already handling space capabilities. Wilson, in particular, proved to be a vocal opponent of the initiative.

However, a DoD press release in tandem with the budget release shows that the Pentagon envisions the Space Force operating inside the Air Force in the same way that the Marine Corps operates inside the Navy.