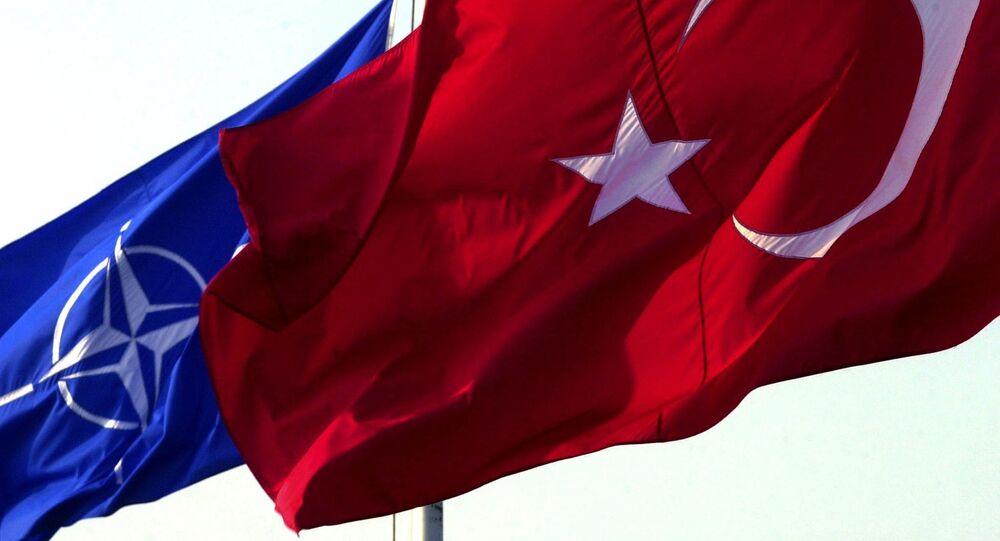 MOSCOW (Sputnik) - The largest naval drills in Turkey's history, involving 103 vessels, started on Wednesday, in all the three seas surrounding the country — the Black Sea, the Aegean Sea and the Eastern Mediterranean Sea, the Anadolu news agency reported.

As many as 13 frigates, six corvettes, 16 assault boats, seven submarines, seven mine hunting vessels and 14 patrol boats, as well as other vessels, will take part in the drills, the Anadolu news agency specified.

READ MORE: Turkey to Host Drills in Mediterranean With US Participation (PHOTOS)

The four-day exercise, dubbed Blue Homeland 2019, is coordinated by the war centre command of the Turkish Naval Forces.

In the meanwhile, NATO has also announced drills in their press release on Wednesday. The exercises include warships, submarines, aircraft and personnel from 10 allied nations, which are conducting a series of anti-submarine and anti-surface warfare exercises in the central Mediterranean off the coast of Sicily.

"Submarines from Greece, Italy, Spain, Turkey, and the United Kingdom, under the control of NATO Submarine Command (COMSUBNATO), are joining nine surface ships from the Netherlands, Canada, Spain, Italy, Turkey, France, and Greece," the release said.

Each surface ship will have the opportunity to conduct a variety of submarine warfare operations, according to the release. The submarines will take turns hunting and being hunted, closely coordinating their efforts with the air and surface participants.