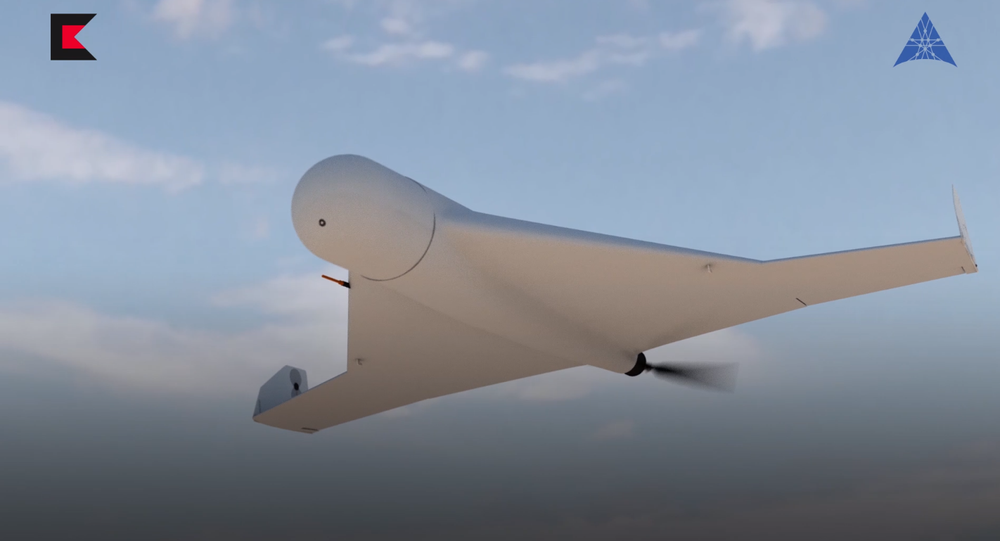 The company unveiled the new unmanned aerial vehicle, dubbed the 'KUB', over the weekend at the IDEX-2019 arms exhibition in the UAE.

The video shows the drone's launch from a slingshot apparatus, which looks like it can be mounted onboard almost any flatbed truck or flat ground surface, along with rendered and live video footage of its flight, and its rapid descent toward and destruction of its target at a test range.

The UAV system boasts several advantages, according to designers, including undetectable launch, high accuracy, silent propulsion and simple design. Cruising at speeds of 80-130 km per hour, the drone can remain airborne for up to 30 minutes and carry a payload of up to three kilograms.

On Sunday, Kalashnikov Concern representatives said that the kamikaze drone had completed trials and was ready for operational use.