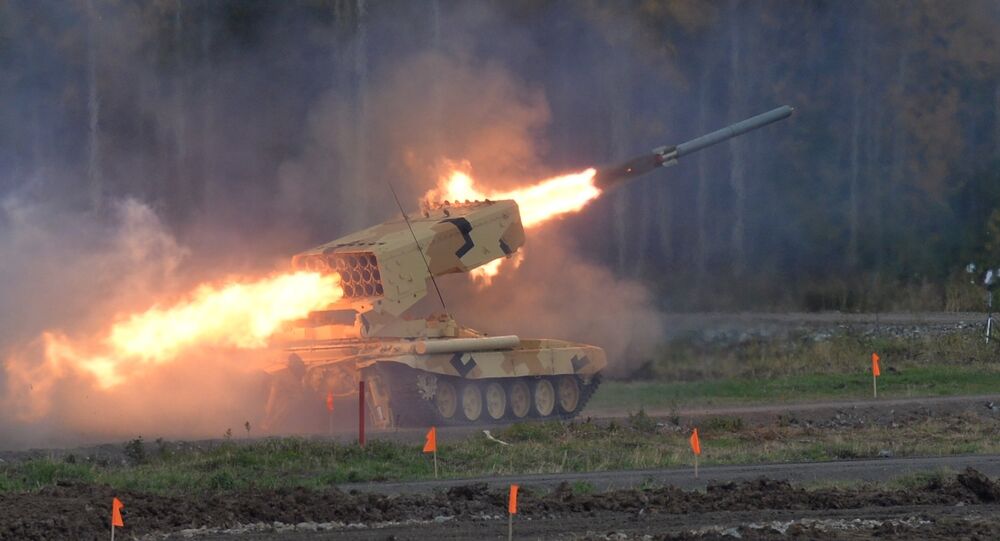 MOSCOW (Sputnik) - The system of arms control is falling apart across the world, Russian President Vladimir Putin has stated at the annual press conference.

"In fact, what we are seeing is the breakup of the international system of control over weapons, over arms race", Putin said.

Russia has gained some advantage due to its new weapons, but it is simply maintaining parity, the president said.

"We have a certain advantage, but, in terms of strategic balance, this is about restraining, about the parity. This is about maintaining parity, nothing more", the president stressed.

Putin remarked on the US plan to quit the INF treaty, saying that it was "hard to imagine how the situation would unfold.

"What if these missiles appear in Europe? What are we to do? Of course, we will have to ensure our security in some way. They should not squeal afterwards then about us obtaining some advantages. We are not working to gain an advantage, but to maintain the balance", Putin noted.

Use of Non-Nuclear Ballistic Missiles Dangerous

The use of non-nuclear ballistic missiles is dangerous as early warning radars cannot determine the presence or absence of a nuclear load in the missiles, Russian President Vladimir Putin said on Thursday at his annual news conference.

"The use of non-nuclear ballistic missiles, even though the US partners seem to have abandoned it, but this idea exists. What does it mean? A ballistic missile is launched — is it nuclear or non-nuclear? The early warning radar detects the launch and the location of the launching determines the flight path and the possible fall areas … It is a very dangerous thing", Putin said.

Russia knows how to protect itself but it is not looking for an edge over its rivals, Russian President Vladimir Putin has stated in reference to arms controls that were thrust into the spotlight in fall after Washington said it wanted to quit the INF (Intermediate-Range Nuclear Forces) Treaty.

"We are not looking for an edge, we want to keep the balance, we are trying to ensure our security… Same with the New START [nuclear arms reduction treaty] treaty, which expires in 2021. No one is talking with us about extending it… That’s fine, we will ensure our own security, we know how to do it," Putin warned during his annual press conference.

Earlier in December Putin stated that Russia will take additional steps to ensure its security if the United States leaves the Intermediate-Range Nuclear Forces (INF) Treaty.

In recent years, Moscow and Washington have regularly accused each other of violating the INF Treaty. Russia has repeatedly stated that it strictly complies with its obligations under the contract. Russian Foreign Minister Sergei Lavrov has noted that Moscow has very serious questions regarding the implementation of the treaty by the United States.