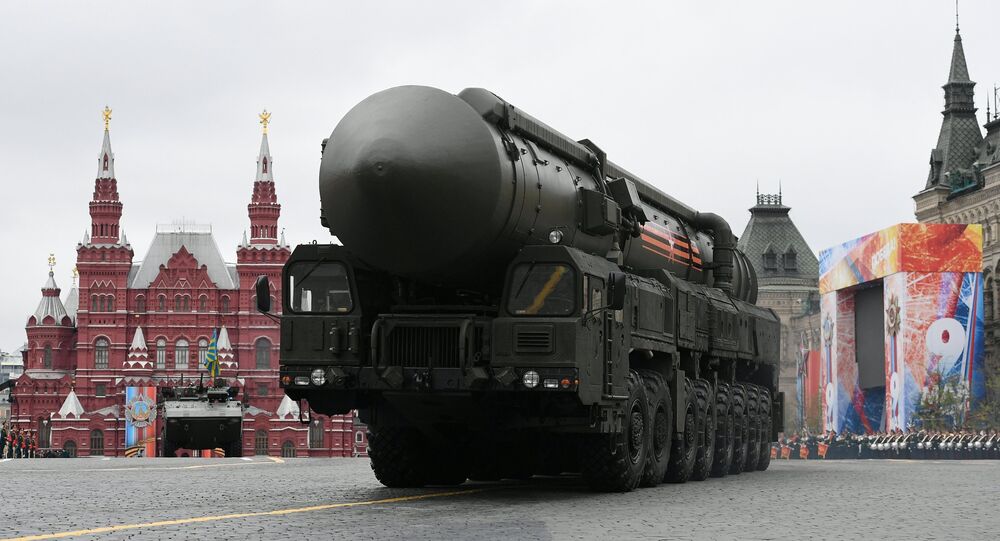 "By the end of the year, it is planned to supply about 100 new pieces of armament to the troops, including the Yars missile systems of stationary and mobile deployment," Karakaev told the Krasnaya Zvezda newspaper in an interview.

"Within the framework of the state armament program, the Russian industry is working on the creation of Sarmat, a new mine-based missile complex with a liquid-propellant heavy missile. Equipping the army with this missile complex is planned to begin in 2021 in missile regiments of the Uzhur division, which is now armed with Sarmat’s predecessor – the Voevoda missile complex," he said.

"Pop-up tests of the [Sarmat] missile have been successfully completed … The infrastructure for flight tests at the Plesetsk cosmodrome is actively being created. In the near future, flight tests of the complex will begin, the successful implementation of which will allow starting mass production of its components," Karakaev noted.

© Photo : Ministry of Defence of the Russian Federation
What Is the Mysterious 9М729 Missile the US Wants Russia To Ban
READ MORE: Russian Missile Forces Taking Into Account US Possible Withdrawal INF Treaty

The commander of the Russian Strategic Missile Forces also said that in 2019, the Dombarovsky division is set to become first in Russia to be armed with the new Avangard hypersonic missile systems.

"Currently, NPO Mashinostroyeniya has already started serial production of the new Avangard missile complex with hypersonic combat equipment. The first systems are planned to become operational in the missile regiment of the Dombarovsky division next year," Karakaev said.