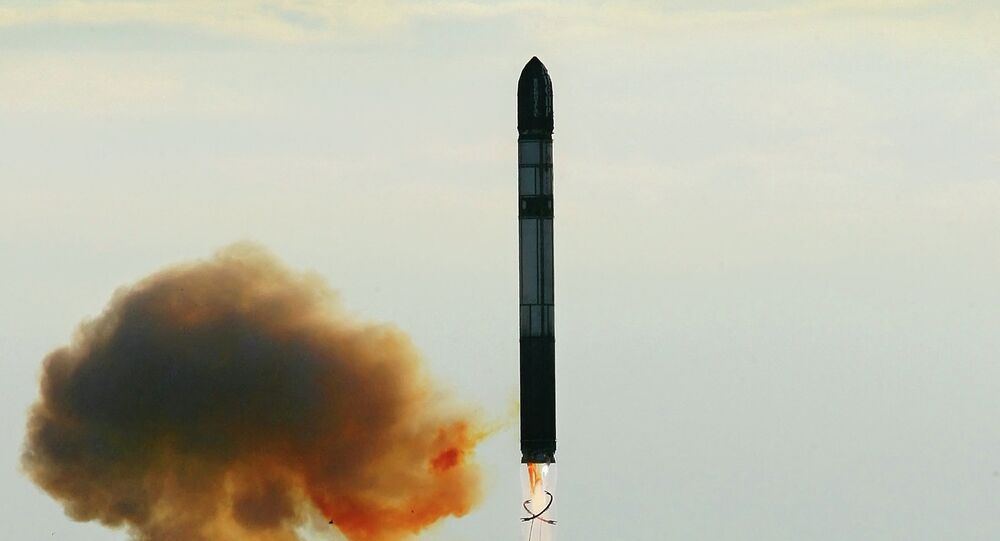 "The impact of the consequences of the US’ withdrawal from the INF Treaty, and the subsequent deployment of the US medium-range missiles in Europe and new threats to our security linked to this, are undoubtedly taken into account when planning the combat use of the Strategic Missile Forces," Karakaev told the Krasnaya Zvezda newspaper in an interview.

© AP Photo
Russia Introduces Draft UNGA Resolution on Preservation of INF Treaty
At the same time, he noted that the strategic nuclear deterrence objectives of the Russian Strategic Missile Forces would remain unchanged.

Russian Defense Ministry
Russia Will be Bound by No Obligations If US Quits INF Treaty - Moscow
In recent years, Russia and the US have regularly accused each other of violating the INF Treaty. Russia has repeatedly stated that it strictly complies with its obligations under the contract. Russian Foreign Minister Sergei Lavrov noted that Moscow has very serious questions regarding the implementation of the treaty by the United States. In early December, US Secretary of State Mike Pompeo said the United States would suspend its adherence to the INF Treaty within 60 days unless Russia returned to full compliance with the agreement.

Moscow has repeatedly refuted US allegations that Russia has violated the INF treaty. In turn, Moscow has complained that launchers on US defence systems in Europe can fire cruise missiles at ranges that violate the INF's terms.