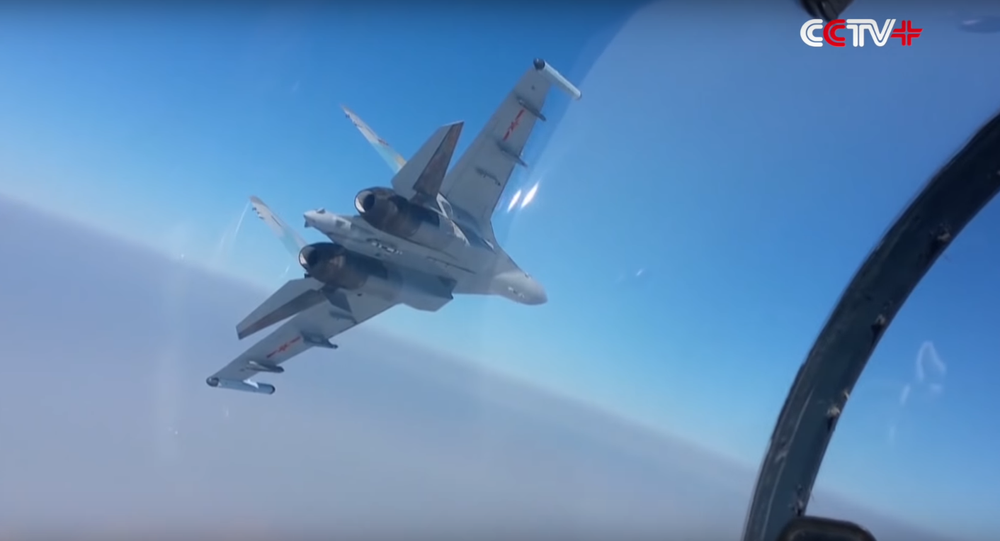 Russia completed the delivery of the last batch of five Sukhoi Su-35 multirole air superiority fighters to China last month, with Washington slapping Beijing with sanctions over its purchase of Russian military hardware, including the Su-35s, in September.

A PLAAF pilot speaking to the TV network praised the Su-35's "great maneuverability," attributing this to the plane's dual thrust-vectoring engines.

China purchased two dozen Su-35 fighters from Russia for $2.5 billion in late 2015, with delivery of the planes completed in November. China became the first foreign customer of the Russian 4++ generation fighter, and has already been seen deploying its Su-35s on patrol missions in the South China Sea.