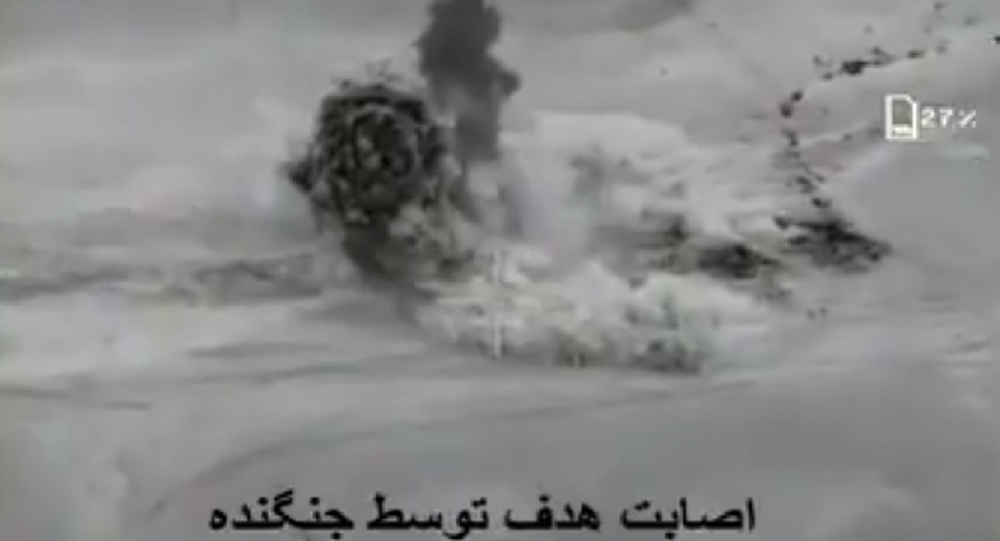 Earlier, the Islamic Revolutionary Guard Corps (IRGC) boasted that US bases in Afghanistan, the UAE, Qatar and US Navy carriers in the Persian Gulf were in reach of Iranian missiles, including the Shahed 129, a UAV design thought to be based on a reverse-engineered US or Israeli drone.

The IRGC Aerospace Force has released a compilation video showing footage of Shahed 129 strikes against terrorist targets in Syria between 2014 and 2017.

The video shows footage of the drone in flight, as well as what appears to be recordings from its onboard targeting camera destroying terrorist manpower, facilities, vehicles, and armor, and performing aerial reconnaissance on suspected terrorist targets.

The US Air Force shot down at least two Syrian military and/or Hezbollah-operated Shahed 129 drones targeting US-backed forces near the at-Tanf base in southern Syria last year, with another said to have been destroyed over Pakistani airspace in June 2017. Iran was reported to have delivered the drones to Syria in April 2014 to assist Damascus in its fight against terrorism.

© AP Photo / Ebrahim Noroozi
Iranian Revolutionary Guards Warn US Bases Within Tehran's Missile Range - Reports
Iran developed the Shahed 129 reconnaissance and combat drone in the early 2010s, with production beginning in 2012. Similar in characteristics and size to the US MQ-1 Predator drone, the Shahed 129 has an estimated combat range of 1,700 km, a cruising speed of 150 km/h, and an endurance period of 24 hours. It has a payload of 400 kg, and can carry guided anti-tank or anti-personnel missiles or up to four Sadid-345 precision-guided munitions with infrared seekers.

On Wednesday, IRGC Aerospace Force Commander Amir Ali Hajizadeh warned that US bases surrounding Iran in Afghanistan, the United Arab Emirates and Qatar, as well as US aircraft carriers in the Persian Gulf were within range of Iranian missiles.