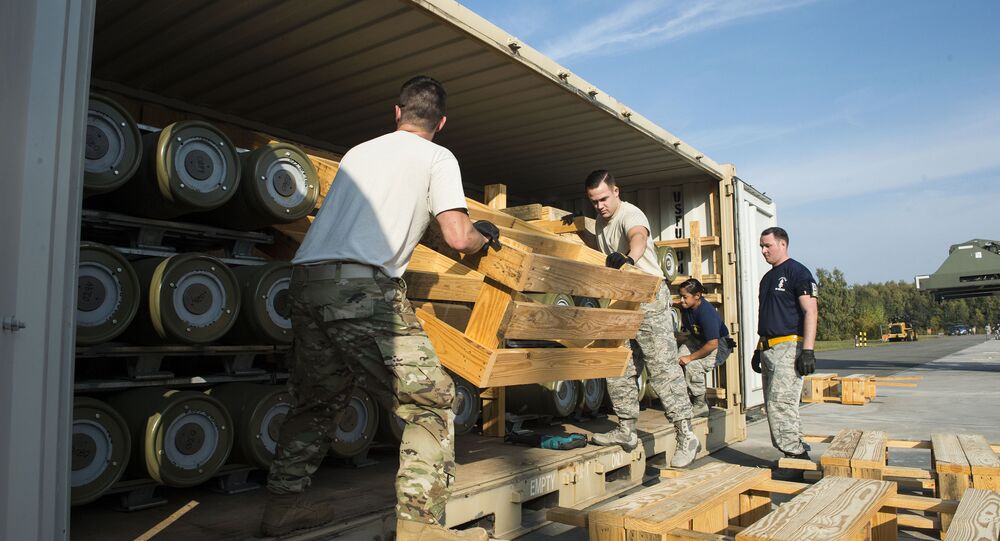 WASHINGTON (Sputnik) - The total value of authorized arms transfers by the United States to other countries increased by 13 percent to $192.3 billion in fiscal year 2018, the US State Department said in a press release.

"Over the last fiscal year, authorized arms exports rose by a total of 13 percent to $192.3 billion, adding thousands of jobs to the US economy and sustaining many thousands more," the release said on Thursday.

© CC0 / Pixabay
US Arms Exports Expansion Result of Military Complex' Pressure - Peace Activist
The United States saw an increase in both the government-to-goverment and commercial sales of defense equipment during the period, the release said.

The State Department attributed part of this increase to US President Donald Trump's new Conventional Arms Transfer (CAT) policy, which was released in April 2018. This policy ensures that allies and partners have "prompt access" to US defense materiel.