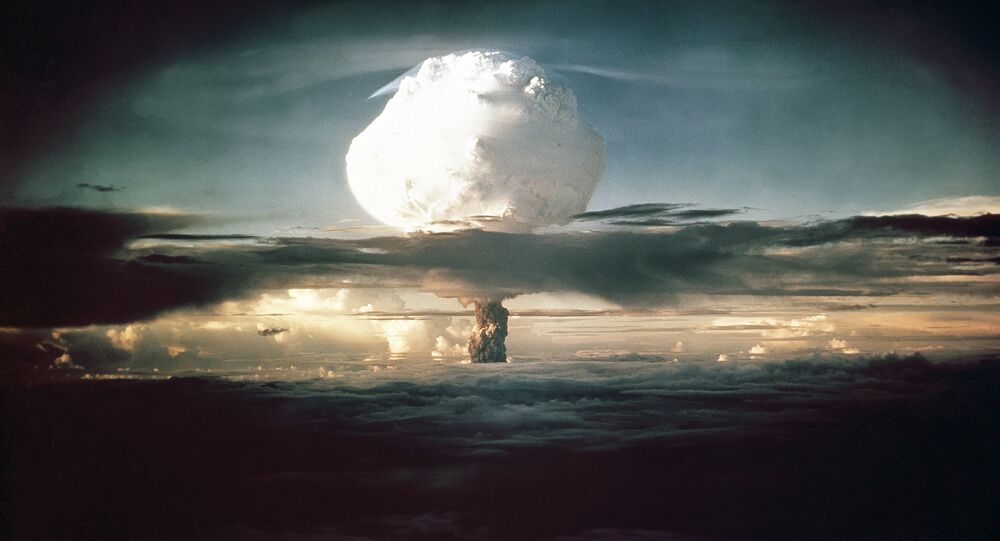 An international treaty to condemn nuclear weapons has 19 national signatures currently and needs 31 more to come into force.

A treaty banning nuclear weapons could come into force by the end of 2019, an annual report by International Campaign to Abolish Nuclear Weapons (ICAN) says.

The campaign, which won the Nobel Peace Prize in 2017, seeks to marginalize nuclear weapons in a manner akin to how landmines and cluster munitions have been condemned as illegal in warfare. The campaign calls for governments to sign an international treaty, under which the government promises to reject nuclear weapons and encourage others to do the same.

Currently, the treaty has 19 signatories, while a total of 50 are needed for the treaty to come into force, the report says.

"We're pushing for getting 50 ratifications by the end of 2019," Beatrice Fihn, ICAN's executive director said in an interview. "We have about 25, 30 countries that say that they will be ready by the end of 2019, so it's definitely possible."

© AP Photo / Charlie Riedel
'Nuclear Warheads in Your Backyard': German Netizens on INF Treaty's Possible Collapse
The world's superpowers, including China, the United States and Russia oppose the treaty, citing the necessity of nuclear deterrence which has been said to have kept the world from World War III throughout the 20th century's Cold War era. However, Fihn dismisses such fears as scaremongering.

"It's a little bit like the gun debate in the United States — you feel safer, but all statistics and logic say that you are more likely to be shot if you have a weapon at home," Fihn noted.

Fihn says that US President Donald Trump's decision to abandon the INF treaty could start a new nuclear arms race, making it urgent for nations to ratify the ban treaty.

INF prohibited missiles that were "meant to wipe out cities in Europe," Fihn said, adding that it is European nations that most strongly oppose the treaty.

Grethe Ostern, the report's editor, says the treaty is designed to be compatible with NATO membership. However, the military bloc sees it as disloyal to question the usefulness of nuclear weapons, and member states have been under pressure to oppose it, he added.