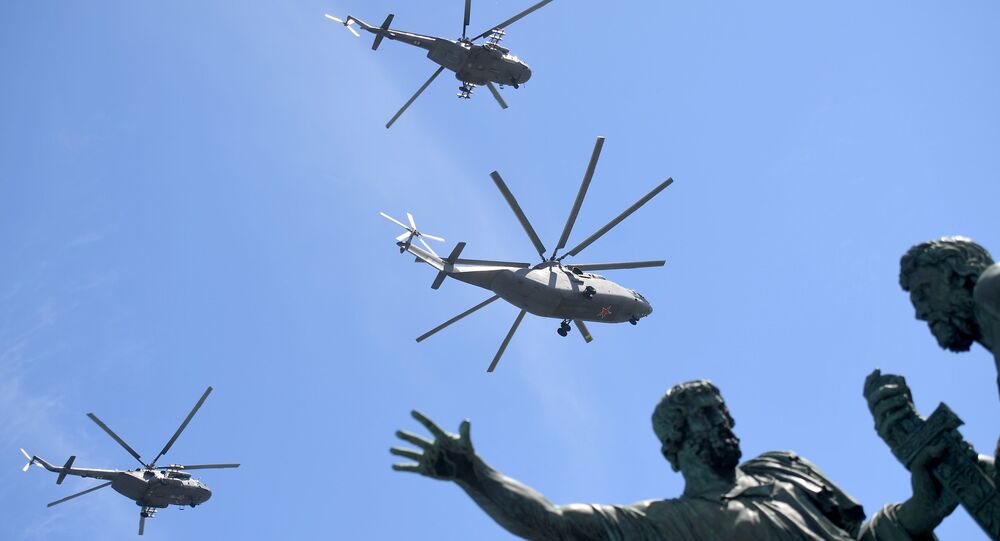 MOSCOW (Sputnik) – The preliminary tests of the Russian modernized Mi-26T2V heavy military transport helicopter are expected to be completed by the end of the year, after which official tests will begin, the Russian Helicopters manufacturing company told Sputnik.

"Russian Helicopters expects to complete the preliminary tests of the heavy Mi-26T2V helicopter and begin the joint tests with the government by the end of this year," the press service of the company, which is part of the Rostec defense industry conglomerate, said.

© Sputnik / Alexey Nikoskiy
Vostok-2018 Drills Show Russian Army Capable of Countering Significant Threats - Putin
In July, the Rostvertol aviation plant said that the official tests of the helicopter were planned to be completed in 2019 after which series production was planned to be started.

The modernized helicopter was for the first time showcased at the Army 2018 defense show in August. Mi-26 Halo is the largest and the most powerful helicopter in the world used for transporting air landing troops and large equipment.