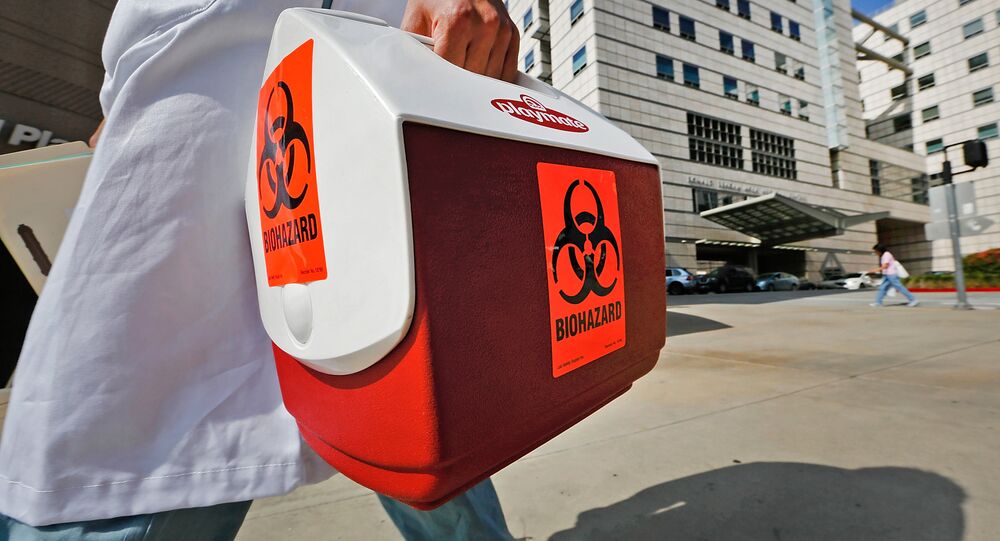 WASHINGTON (Sputnik) - A US Department of Defense official told Sputnik that the United States is not developing biological weapons in the Richard G. Lugar Center for Public Health Research in Georgia.

"The accusations you outlined are totally absurd and likely an invention of the fanciful Russian disinformation campaign against the west," Defense Department spokesperson Eric Pahon said on Friday. "The United States is not developing biological weapons in the Lugar Center. These are also not US facilities."

© REUTERS / David Mdzinarishvili
Pentagon: US Approves $75 Mln Sale of Javelin Anti-Tank Missiles to Georgia
Earlier this week, former Georgian State Security Minister Igor Giorgadze said during a press-conference in Moscow that he has reports about deaths that could be the result of vaccine tests in the US-funded laboratory known as the Lugar Center.

Giorgadze said he had received documents revealing the laboratory could be running experiments related to Hepatitis Type C. The documents reveal that 30 people had died in December 2015 and 43 more in April and August of 2016, and the probable cause of death could be the use of medicine, Giorgadze added.

READ MORE: US Lab in Georgia May Have Engaged in Lethal Experiments on People

Russia said on Friday that it had requested information from the United States on the facility.

© AP Photo / Shakh Aivazov
US Intends to Increase Pace of Military Exercises With Georgia - Pentagon
Pahon said on Friday that the Lugar Center is owned and operated by the Georgian National Center for Disease Control and Public Health and is a joint human and veterinary public health facility.

The Lugar Center's mission is to contribute to protection of citizens from biological threats, promote public and animal health through infectious disease detection, epidemiological surveillance and research for the benefit of Georgia, the Caucasus region and the global community, Pahon added.