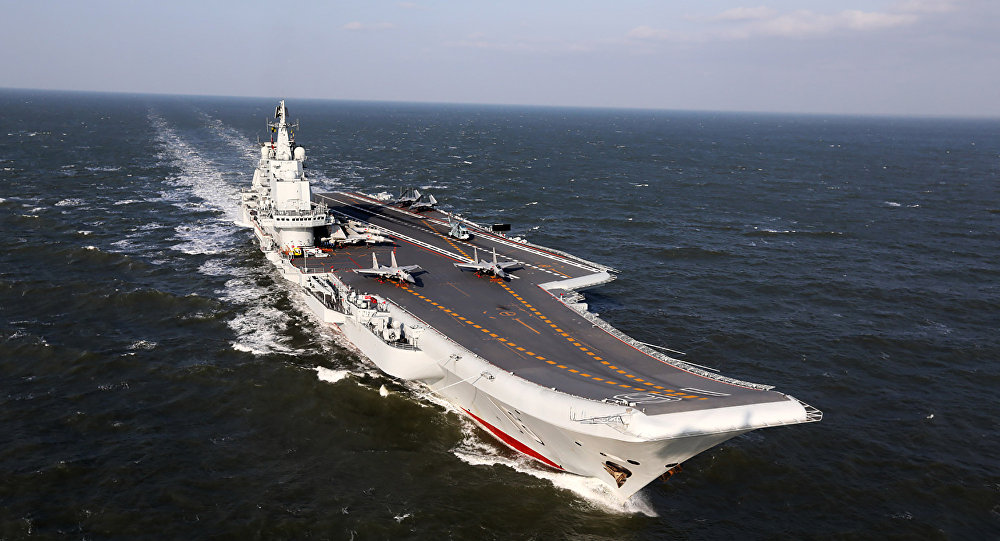 WASHINGTON (Sputnik) - The Chinese People’s Liberation Army (PLA) in the last three years rapidly developed overwater bombing capabilities and is likely training to conduct strikes against US and allied targets, the Defense Department said in its 2018 China Military Power report.

"Overwater Bomber Operations, the PLA has been developing strike capabilities to engage targets as far away from China as possible," the report said on Thursday. "Over the last three years, the PLA has rapidly expanded its overwater bomber operating areas, gaining experience in critical maritime regions and likely training for strikes against US and allied targets."

© AP Photo /
New US Defense Bill Not Only Upsetting Russia, But Also China – Ex-DOD Analyst
In addition, the report said China’s Marine Corps is expanding from two brigades of about 10,000 personnel to seven brigades by 2020.

In addition, the report found that computer systems owned by the US government continued to be targeted by China-based intrusions through 2017.

© Sputnik / Kirill Kallinikov
US Experts Think China Using Belt, Road Initiative for Cyberespionage - Reports
The report also said China is using the Belt and Road Initiative to develop strong ties with other governments to shape their interests to align with China’s and deter confrontation or criticism of China’s approach to sensitive issues.

The United States’ 2017 National Defense Strategy, the 2018 National Defense Strategy, and the 2018 Nuclear Posture Review acknowledge China’s military competition in a dynamic security environment, the report said. The US seeks to set the military relationship between both countries on a path of transparency and non-aggression, according to the report.