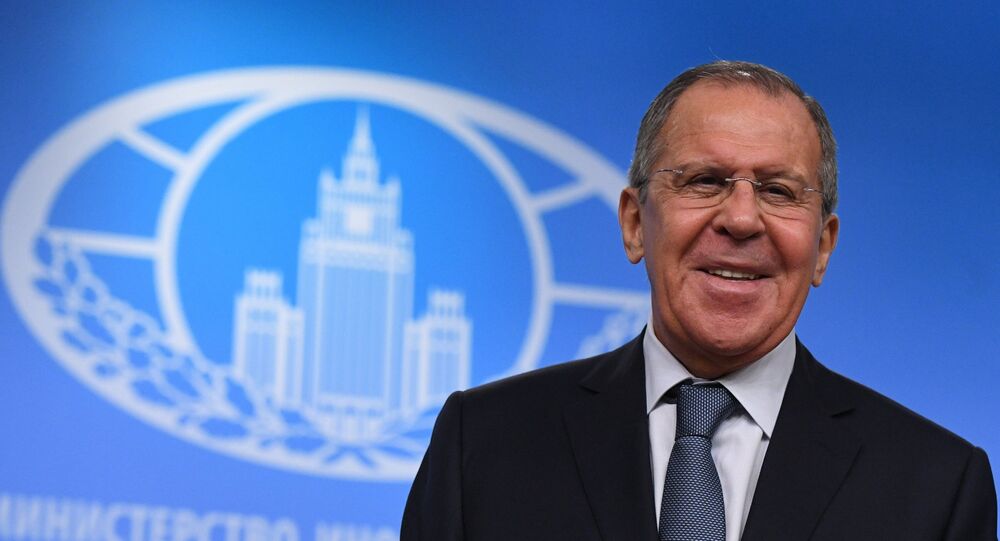 Russia is guaranteed to be provided with information on the plans that the US military and other states have in mind for it, Russian Foreign Minister Sergei Lavrov stated while speaking to participants at the Russian Youth Educational Forum "Territory of Meanings."

"Whatever happens in the world, our security as a state, the security of our citizens, our sovereignty will be most securely protected. This has been repeatedly confirmed by President Vladimir Putin, and I assure you that this is based on real, material changes that are taking place in our country and in our army, "the minister said.

The US impedes the development of rules of behavior in cyberspace in the UN, Russian Foreign Minister Sergei Lavrov said.

"We have been suggesting to develop rules for responsible behavior in cyberspace at the UN for a long time. There are no rules right now, as you know. The country that impedes it is the United States," Lavrov pointed out. "This is not surprising, because the United States has a dominant position in general with regard to Internet governance."

Russia-US relations have been tense amid an ongoing arms race and a ban on military cooperation between US and Russian forces.

In May, the US House of Representatives passed a whopping $717 billion annual defense spending bill for the 2019 fiscal year.

Russian Foreign Minister Sergei Lavrov said that he had no doubts that Greece had taken a decision to expel Russian diplomats under severe pressure.

"We have already commented on [the expulsion of Russian diplomats from] Greece. I can just say once again that we have no reason to doubt that these decisions were made under the severe pressure of those who want to turn any country anti-Russian," Lavrov said at a youth forum.

Earlier in July, the Greek Kathimerini newspaper reported that Athens had decided to expel two Russian diplomats and ban two more from entering the country over national security concerns.  The accusations against the diplomatic workers were strongly refuted by Russian Ambassador to Greece Andrey Maslov, who called them "absurd."