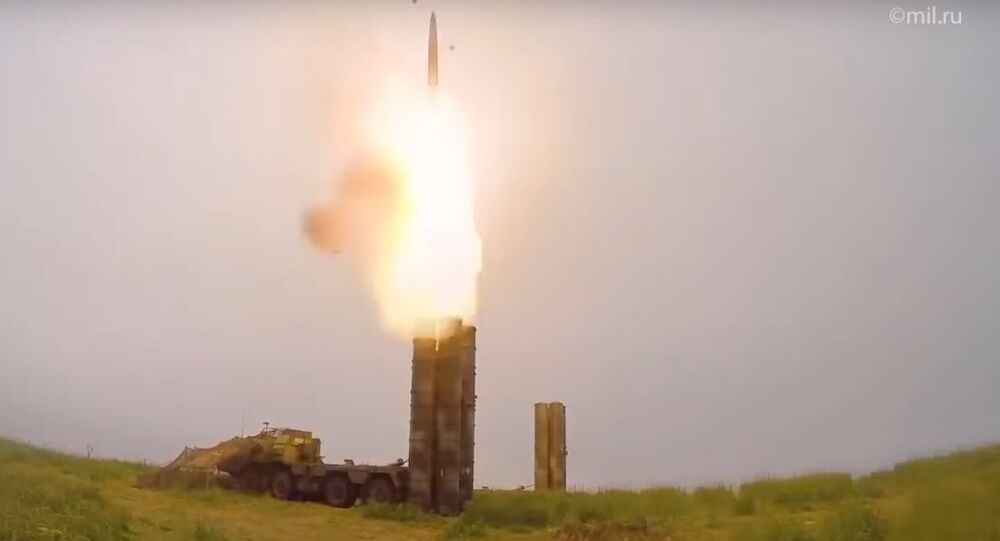 Russia has delivered all the necessary components to China for its first S-400 Triumf missile air defense system regiment, and Beijing does not plan to waste in any time in testing the new interceptor-based systems, according to reports.

"It is planned that in late July-early August the unit of the People's Liberation Army, which underwent training in Russia, will carry out the firing against a simulated ballistic target at a Chinese firing ground," The Diplomat reported Friday, citing defense sources.

China became the first international buyer of Triumf in 2015 when Rosoboronexport chief executive Anatoly Isaykin announced the deal in April of that year. The Triumf is a mobile aerial defense system designed to pick off aircraft, cruise missiles or ballistic missiles within a range of some 250 miles, the International Business Times has reported.

China's acquisition of S-400 units includes the first delivery, which happened last week, as well as a second S-400 to be delivered by year's end. The deal was reported to be worth $3 billion.

"It is still unknown when the first S-400 unit will enter the service with the PLA, although a rapid induction, as evidenced by the recent announcement of the test firing, can be expected," The Diplomat report said.

Approximately 10 countries are considering procuring Russia's S-400 air defense systems, the head of the Federal Service for Military-Technical Cooperation, Dmitry Shugayev, said in April 2018. "Many countries in the world have shown interest in this air defense system [S-400], first of all countries in the Middle East and North Africa… There is broad range of air defense weapons on the global market, yet the demand for Russian hardware remains stable. It is hardly likely that Russia will surrender this market to its rivals," Shugayev told Russian media.

In related S-400 news, US lawmakers are up in arms about the sale of an S-400 to Turkey, particularly because reports indicate the S-400s are capable of collecting data on the F-35 Joint Strike Fighter jet, which is considered one of the most expensive weapons programs in military history.

A leaked draft of the next National Defense Authorization Act (or NDAA, a measure that is renewed by Congress annually) states that, if passed with the current language intact, the act "prohibits the delivery of F-35 aircraft to Turkey until the delivery of a report, which would include an assessment of a significant change in Turkish participation in the F-35 program, including potential elimination of such participation."

The Atlantic Council, a Washington think tank known to demonize Russia, noted in a July 25 analysis: "the Russian-made surface-to-air missile system poses a unique threat to American aircraft: the S-400's radar is able to act as a platform to collect electronic and signals intelligence from the F-35."

"If the [S-400] radar operates in Turkey, alongside the F-35, Moscow could potentially gain useful knowledge about the jet and be able to detect the jet at greater ranges, potentially giving Moscow useful data about NATO's future frontline fighter," according to the Atlantic Council.