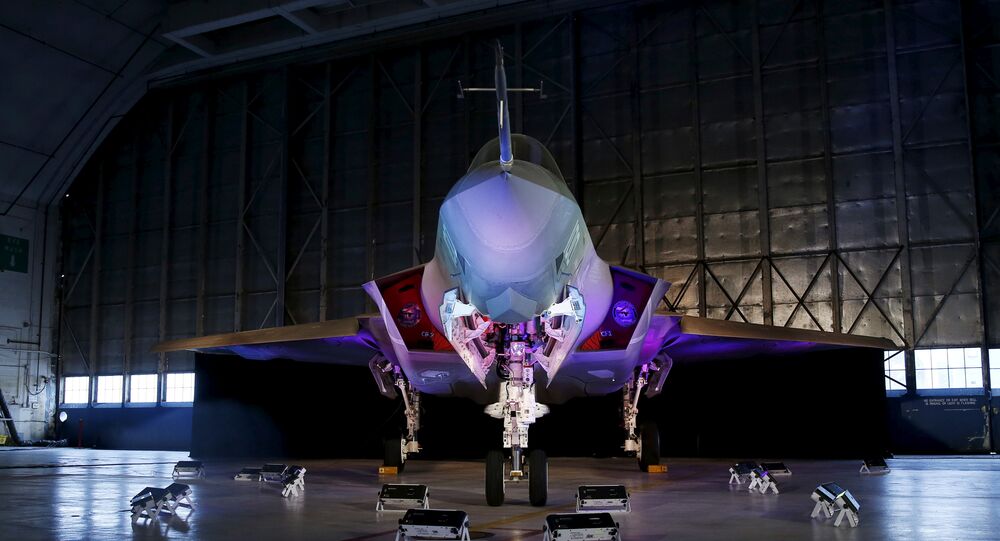 The program of America’s warplane of the future, the F-35, the most expensive in its class around, has been dogged by delays and huge cost overruns, inviting harsh criticism from far and wide.

The US government has reached a preliminary deal to buy $13 billion worth of the stealthy F-35 fifth-generation fighters from Lockheed Martin as part of a years-long plan to grow the fleet to more than 3,000 jets and bring the price per jet closer to $80 million in by 2020 through increased efficiency and larger quantities, Reuters reported, citing sources close to the deal.

© AP Photo / Ariel Schalit
Israeli Air Force Adds 12th F-35 Fighter
While the F-35 program has been criticized by President Donald Trump and other administration officials for delays and cost overruns, the price per jet has been steadily going down in recent years as production has picked up.

Last summer, Australia, Denmark, Israel, Italy, Japan, the Netherlands, Norway, Turkey, South Korea, Britain and the United States reportedly planned to shell out $88 million for each of the 135 or more F-35s in fiscal year 2018, for delivery in 2020.

Simultaneously, the US government was negotiating the purchase of 440 F-35 fighters to the tune of more than $37 billion as part of a multi-year program.

However, talks for latest batch of jets drew out because new Pentagon leaders took a closer look at the program to have a better picture of the program itself and its costs.

Bringing down the cost of America’s defense program, the world’s most expensive one, is crucial to securing more orders, both in the United States and abroad.

A Lockheed Martin representative said on Sunday that a deal for the production of the 11th batch of F-35s had finally been clinched,  but added that the total value and cost per variant would be released as soon as the contract was finalized, Reuters wrote.