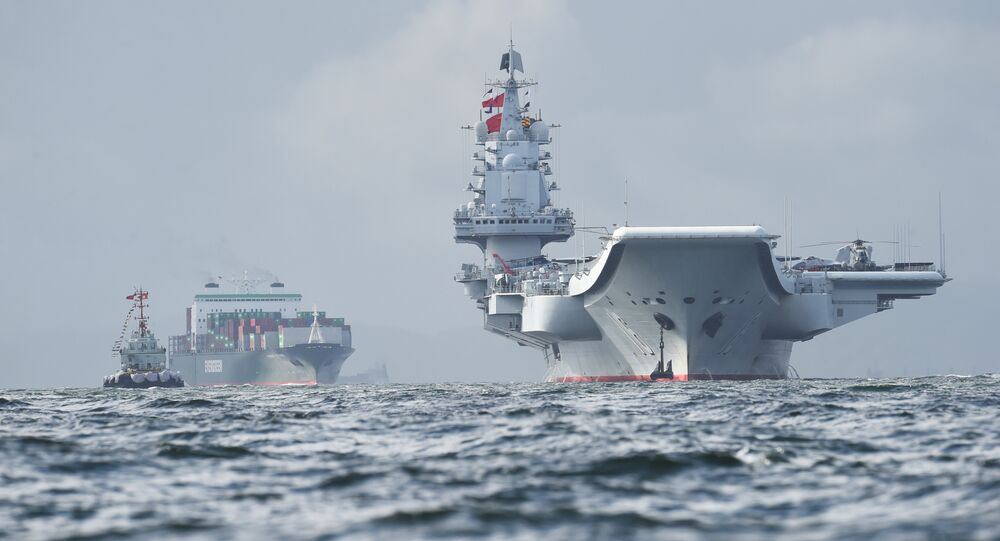 The People’s Liberation Army-Navy made further progress toward joining the ranks of the world’s most capable naval forces this week when its Liaoning aircraft carrier reached initial operational capability.

China's navy has been expanding at a blistering rate, with new vessels being churned out of shipyards at an unprecedented pace. While the Liaoning, built from a Russian Soviet-era hull, has been conducting training exercises for several years, it has only now become combat-ready, the Diplomat reports.

The Liaoning Carrier Strike Group "has initially formed a system combat capability," a spokesman for the Chinese Ministry of National Defense told reporters May 31, adding that the unit's "comprehensive system of offense and defense has been effectively tested."

The Liaoning was the first carrier to be commissioned in the PLA-N. In 2017, Chinese shipbuilders completed construction of the Type 001A aircraft carrier, the first indigenously built Chinese carrier and slated to be the second carrier overall to join the fleet. However, the Type 001A remains in its testing stage.

"It is hard to recall growth at a similar pace in any navy across history," according to a 2017 issue brief from the Royal United Services Institute.

Retired PLA Admiral Wang Yunfei said in May that China doesn't plan on mirroring the US Navy's fleet of 10 full-sized supercarriers and the Marine Corps' nine amphibious assault ships, which are smaller aircraft-carrying vessels.

Chinese media outlets reported last month that the PLA requires a total of six carriers in order to advance China's regional interests and help deal with "emergencies on several fronts" in a "worst-case scenario." Chinese officials have not confirmed exact number of carriers the country plans to build.

The Liaoning was originally built by the Soviet Union in 1985 as the Varyag, a Kuznetsov-class aircraft carrier. The incomplete hull, left to rust after the dissolution of the Soviet Union, was purchased by China from Ukraine in 1998 and christened Liaoning in 2012.