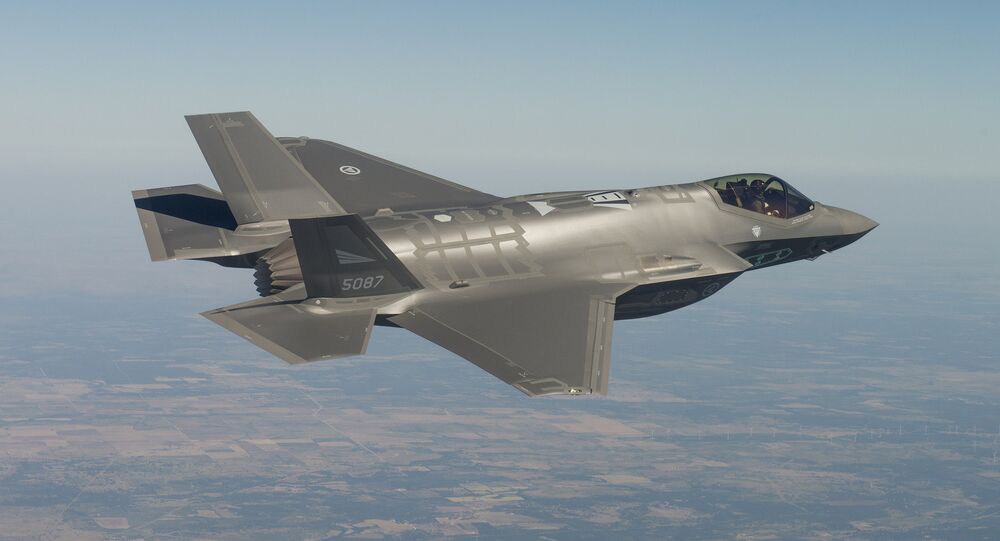 Turkey Admits 'Tension' With US Over F-35 Deal

US foot-dragging on the planned delivery of F-35 stealth fighter-bombers to Turkey as a sign of discontent about Ankara’s purchase of S-400 air defense systems from Russia is souring relations between the two NATO allies, Turkey’s Foreign Minister Mevlut Cavusoglu said ahead of his Monday meeting in Washington with his US counterpart Mike Pompeo.

“There really is tension between Ankara and Washington over a contract for the delivery of fifth generation fighters, but do not forget that Turkey, even before the contract with Russia, discussed the issue of air defense procurement with its US ally,” Cavusoglu stated.

“The US refused to sell them to us. If they are ready to sell such systems to Turkey today, we are ready to buy them,” Cavusoglu said at a meeting organized by the Turkish-American National Steering Committee (TASC) in Washington, as quoted by Anadolu Agency.

In December 2017, Russian and Turkish representatives inked a loan agreement on the sale of the S-400 systems to Ankara.

According to the Turkish Defense Industry Secretariat, Ankara will buy two batteries of S-400 missiles, which will be manned by Turkish military personnel. Russia also agreed to provide technological know-how for the production of a new generation of Turkish air defense systems.

US Assistant Secretary of State for European and Eurasian Affairs Wess Mitchell earlier warned that the purchase by Ankara of the S-400 missile from Russia could reflect negatively on Washington’s decision to supply the F-35s to its NATO ally.

Later, a group of US senators tabled a bill to block the sale of F-35 aircraft to Turkey.

Mevlut Cavusoglu then warned that if Washington blocked the sale of the F-35s to Turkey, Ankara could consider buying similar planes elsewhere, including Russia.

On Monday, the Turkish daily Hurriyet reported that Ankara had received an official invitation to collect the country's first next-generation F-35 Lightning II jet on June 21.

READ MORE: Turkey Threatens to Deny US Access to Incirlik Base Amid F-35 Deal Tensions

"Lockheed Martin would be happy to see you by our side during ‘The Republic of Turkey F-35 Delivery Ceremony' at Fort Worth on June 21," said the official invitation letter from Lockheed Martin, the main manufacturer of the aircraft.

Turkey's first F-35A will enter service in November 2019, after the completion of a pilot training program. The other jets will start coming at regular intervals, the newspaper said.