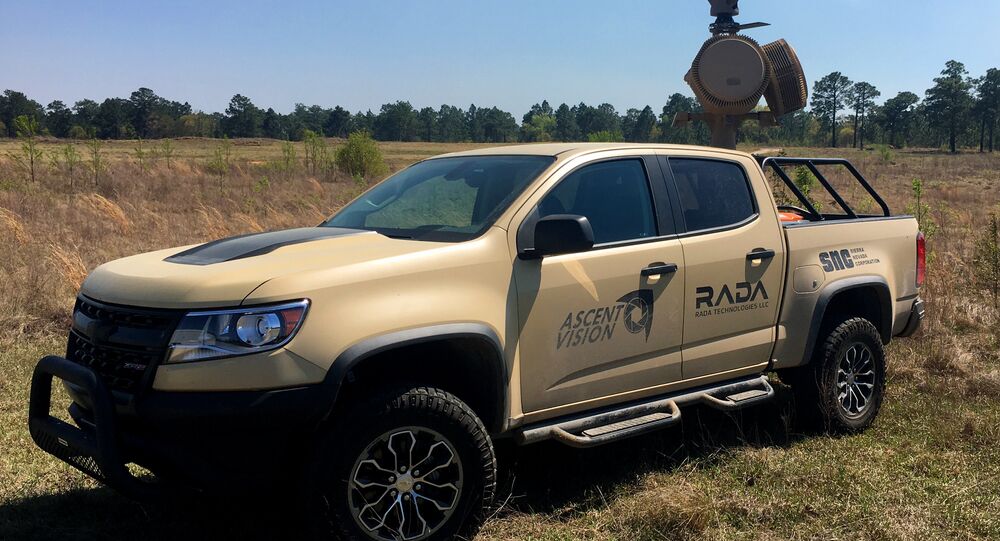 A US-based contractor recently revealed that an anti-drone system has been sold to and fielded by a client with the US Department of Defense.

The anti-drone system was on display atop a Chevy pickup truck at the Special Operations Forces Industry Conference in Tampa Bay, Florida, last week.

Sierra Nevada says the system is ready to neutralize the most common threat experienced by its unidentified customer within the Pentagon, but the system's ability to tackle potentially emerging UAS and UAV systems is unknown.

"We recognize the effectiveness of the system is only as good as our knowledge of the threats that exist out there around the globe," Jerry Coburn of Sierra Nevada told Defense News. "And currently those are largely commercial off-the-shelf."

Coburn said the DoD client uses a "fixed configuration" of the counter-drone system, but that it can be adapted to fit on top of a boat or palette as well as vehicles.

The company is also looking to sell its product to non-Pentagon customers inside the US such as law enforcement agencies and border patrol, Defense News added.

"Even if only a few people are affected, it serves completely the idea of terrorism," said Friedrich Grommes, director of the international terrorism desk at Germany's Federal Intelligence Service.