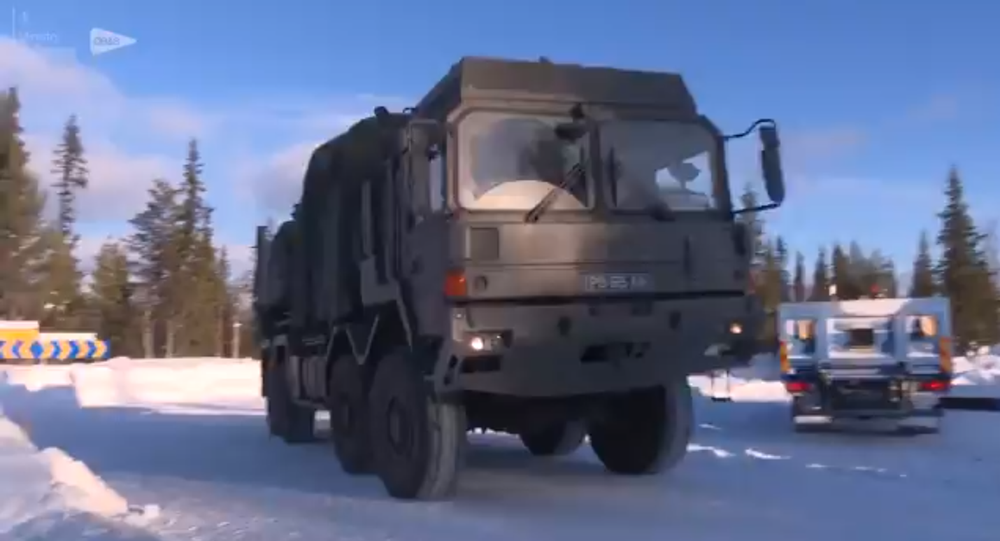 The British Army has completed the first firing trials of its new land-based medium range air defense missile system at a firing range in northern Sweden.

Video footage of the test of Land Ceptor, apparently taken in the wintertime, shows a test target taking off and being chased by one of the new air defense system's missiles before being blown out of the sky.

The Land Ceptor missile, which is being developed under a £250m contract with @byMBDA, has completed its first successful firing trial ahead of entering service with the @BritishArmy in the early 2020s#Defence pic.twitter.com/YYJ5FarKTD

Land Ceptor developer MBDA Missile Systems has boasted that the test was a "milestone" "end-to-end system demonstration" for the project's development, and carried out at the Vidsel Test Range in Sweden.

Like Russia's Pantsir-S1 combined surface-to-air missile and anti-aircraft artillery system, the Land Ceptor's missiles are designed to detect, track and intercept aircraft and missiles at short and medium ranges (stated to be between 1-25 km, compared with 20 km for the Pantsir). It's worth noting that Russia is working on the Pantsir-SM, expected to be completed in 2019, which will feature a missile with a 40 km range.

The British system, featuring the Common Anti-air Modular Missile (CAMM) itself, a mobile launcher and two support vehicles, is reported to have a deployment time of 20 minutes, compared with 5 minutes for the Pantsir system.

British Defense Secretary Gavin Williamson said that once deployed, the Land Ceptor "will be a formidable battlefield barrier," protecting British forces from enemy aircraft. "In the face of intensifying threats, it is vital that our Armed Forces have the capabilities to keep Britain safe," the official emphasized.

How the Bulava Missile Changed the Trajectory of Russia's Defense Sector