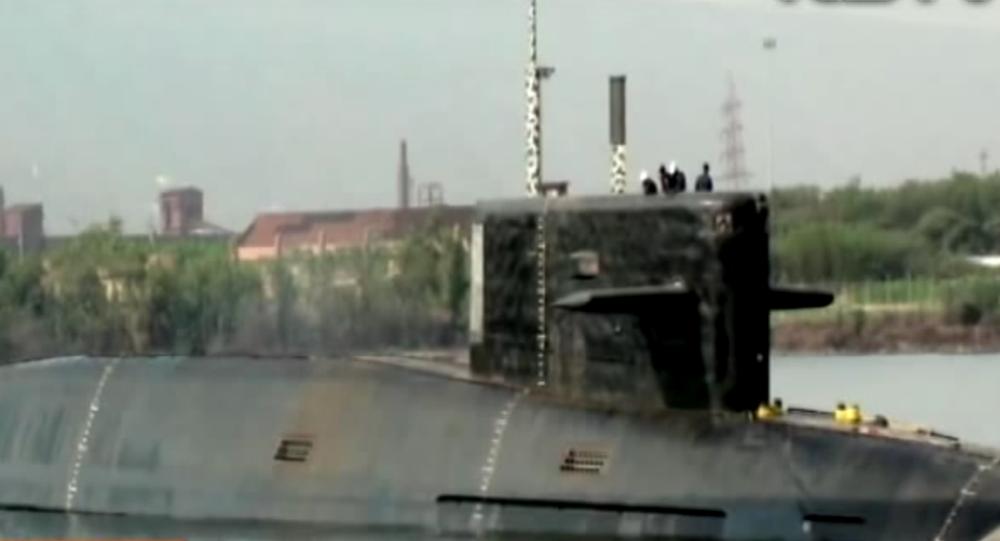 The INS Arihant is India’s lone nuclear submarine equipped with a B-O5 Submarine Launched Strategic Missile (SLBM) having a range of 650 km. Indian scientists have been developing longer range SLBMs which will provide the country with a much-needed capability to take down long-range targets from underwater.

New Delhi (Sputnik) – India has joined the league of select countries that have fully operational submarine-launched strategic missile systems capable of hitting targets with nuclear warheads at a range of 650 kilometers. Before this, such technologies were available only in the US, Russia, China and France.

A formal announcement of this achievement was made by Nirmala Sitharaman, India's minister of defense, who felicitated A Joseph and M Ugender Reddy, the two scientists who developed the missiles, during the annual award ceremony of the Defence Research Development Organisation in New Delhi on Monday.

© Photo : Bharat Rakshak
Ocean Roar: India Begins Building Fleet of Nuclear Attack Submarines
Scientists have tested B05 missiles from a submarine after successful trials from an underwater pontoon off Visakhapatnam's coastline in January 2013. India has already deployed the submarine-launched version of the B05 at INS Arihant. Indian scientists are currently in the process of developing the land version of the missile.

"It is an indigenous missile with several innovative designs and a unique mechanism. Numerous critical technologies were proved in the successful trials, which paved the way for developing other long-range strategic missiles and has the potential to be launched from submarine, ship, and land," the citation of the award reads.

Indian defense scientists have also been testing longer-range K-series submarine-launched strategic missiles for the past few years. The long range (3,500 kilometers) K-4 missiles have so far been tested three times successfully from underwater pontoons, but the last test from a pontoon in December 2017 failed as the missile did not activate properly during the test.

India has also started working on the K-5, which has a range of 5,000 kilometers, as well as the K-6, with its range of up to 6,000 km, for nuclear-powered submarines.