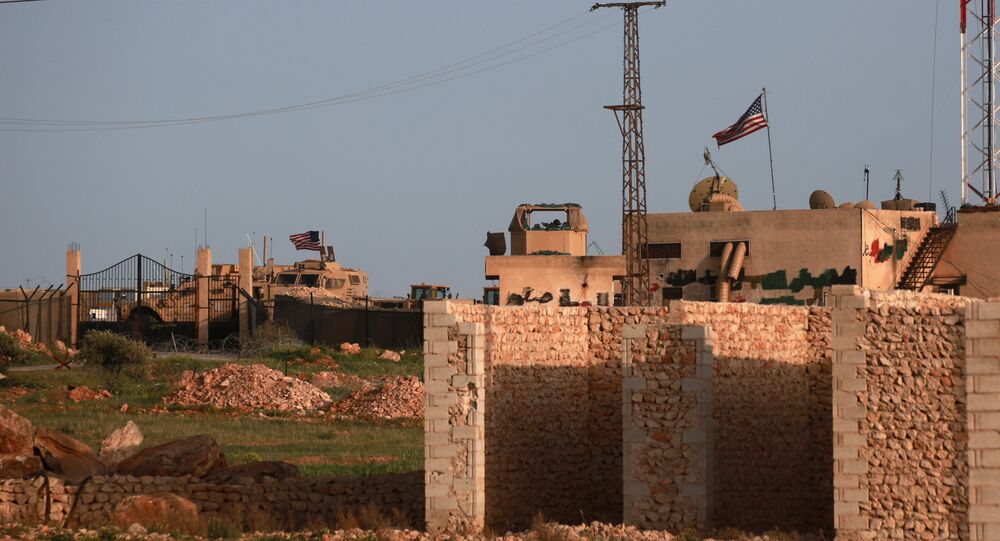 The latest information adds to several other reports on the US’ alleged establishment of new military bases in Al-Hasakah, as well as in eastern Deir ez-Zor last month.

The US sent a new military convoy to the Kurdish militants' bases in the Tal Beidar region, between the towns of Qamishli and Tal Tamr in northeastern Hasaka, the Lebanese al-Manar TV network reported.

The convoy included ten trucks full of arms and ammunition.

Local sources said that the Kurdish fighters have detained a number of civilians southwest of the town of Ra'as al-Ein in Northwestern Hasaka in order to train them in military camps.

© AFP 2021 / STRINGER
Syrian Army Uncovers Cargo of Israeli-Made Arms Smuggled to Terrorists - Reports
Earlier this week, the Syrian Democratic Forces (SDF) informed Sputnik that there is a growing French military presence in the area of Manbij in Syria.

Sputnik received a photo showing two armored vehicles with military personnel in the area of the Sajur River in the territory of Manbij. One vehicle has a US flag on it, while the other has a French flag.

​Al-Manar further confirmed the reports saying that three military vehicles under French flags had entered a Kurdish militia base in the al-Aliyeh region, south of the town of Ra'as al-Ein in northwestern Hasaka.

The network went on quoting field sources as seeing the US convoy of armored vehicles moving towards al-Shadadi from a military base north of the Khabour Dam.

Another Arabic media outlet, the Moraseloun news website, also reported today that the US Army has set up a new military base in Hasaka province, despite Donald Trump's claims that Washington is set on withdrawing its forces from Syria.

The US military presence in Syria has been dubbed an "aggression" by Damascus, as it has neither been approved by the government nor has it received a UN mandate.