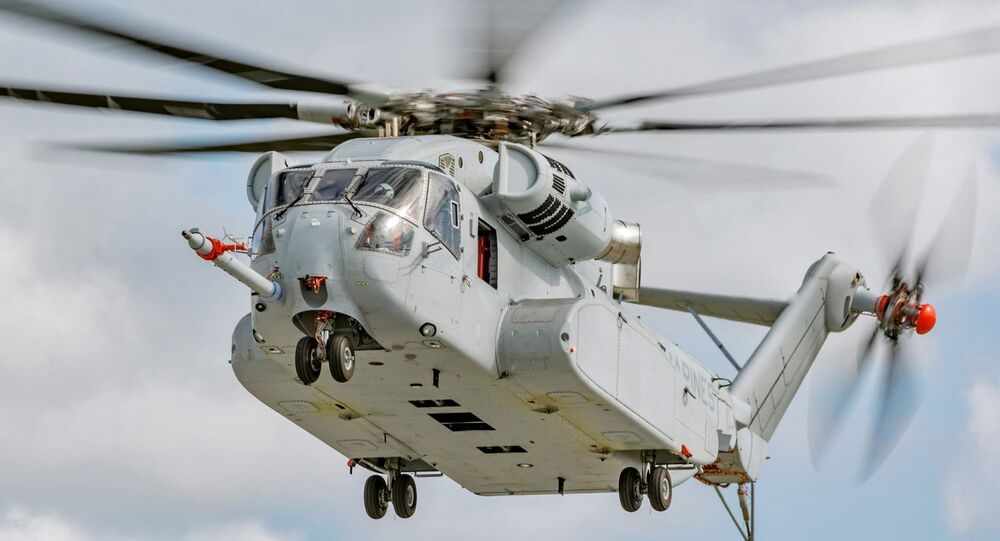 Sikorsky’s CH-53K heavy lift helicopter is showing symptoms of having caught the “over budget, behind schedule” disease plaguing other Defense Department programs like the F-35 Lighting II and the Ford-class aircraft carrier.

The US' next-generation heavy lift military helicopter is suffering from more than 1,000 present or forecast "mission-impacting technical issues" that could delay the program up to eight months, Pentagon analysts said in a new program review. The chopper is on pace to become more expensive per unit than the F-35, according to one lawmaker.

The program review, which was seen by Bloomberg, found that the technical issues indicate a there's a "high risk" the CH-53K King Stallion helicopter will not be able to meet significant goals on schedule.

Lockheed Martin and the US government's roadmap for the CH-53K had the chopper set to reach the crucial "initial operational capability" status in December 2019, but it now appears that deadline is at significant risk of being pushed back.

Choppers participating in a round of flight tests in late 2017 operated at 69 percent performance level, "well below" the 75 to 90 percent "benchmark" needed, Bloomberg reported April 25, citing the program review.

The US plans to buy 200 King Stallions when the whole program is said and done.

© REUTERS / Ammar Awad
‘Beyond Even What Trump Asked For’: 2018 US Defense Budget Actually Over $1 Trillion

The total King Stallion program was estimated near $25 billion in fiscal year 2015, but this figure has climbed to $31 billion, per the Bloomberg report. It would not be unprecedented for this figure to be revised further upward later down the line, either.

Last March, the US Marine Corps informed Congress that per unit CH-53K costs shot up from $95 million to $122 million. "Even if there is no additional cost growth, it seems worth pointing out that $122 million per aircraft in 2006 dollars exceeds the [2017] cost of an F-35A for the air force by a significant margin," Rep. Niki Tsongas (D-MA) said at a US Congress hearing.

US military contractors are familiar with missing program deadlines. The F-35 Joint Strike Fighter aircraft program and USS Gerald Ford aircraft carrier have faced comparable challenges. The F-35 "has been both a scandal and a tragedy with respect to cost, schedule and performance," Senator John McCain (R-AZ) said in May 2016, emphasizing that the cost overruns were "disgraceful."

The same senator published a review on the Ford-class program titled "America's Most Wasted," where the Vietnam War veteran reported that the first two ships were going to cost some $4.7 billion more to build and develop than initial estimates. Some component systems on the carriers, such as the arresting gear, produced 600 percent cost growth and took "more than twice (15 years) as long to develop."