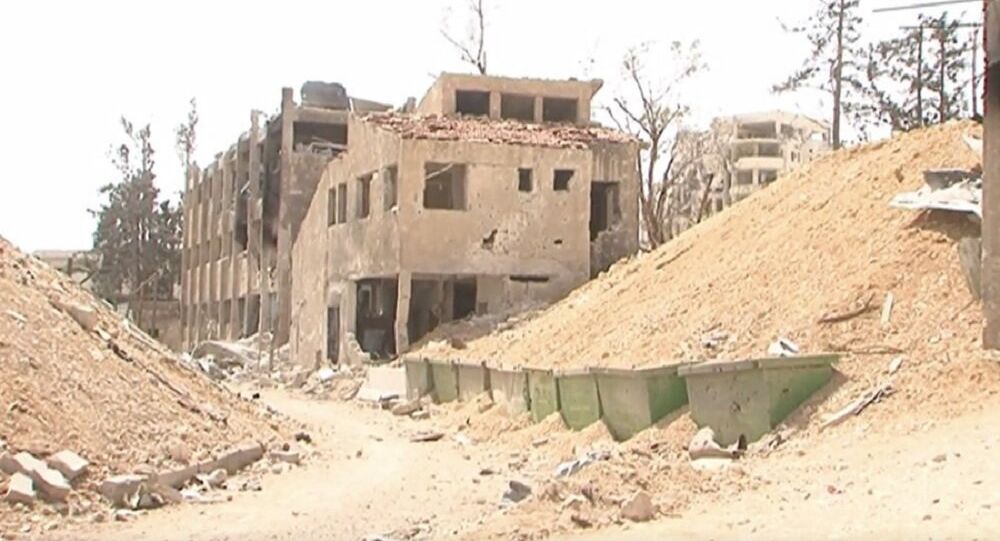 Several prisons have been discovered in Syria’s Douma where militants from the Jaysh al-Islam terrorist group held thousands of their inmates.

One of these jails is al-Tawba (Repentance). Local residents told Sputnik that those held there were those whom the terrorists believed still had a chance of being “corrected” by persuasion or torture.

The inmates were forced to attend “educational classes” and were taught the norms of Sharia law. Those who wished to join the terrorists’ ranks were moved to the al-Kahf jail for further indoctrination and military training.

© AFP 2021 / Sameer Al-Doumy
Syrians Speak About Torture, Violence Experienced in Militant-Run Jail in Douma
Syrian army personnel and members of rival terrorist groups were held in the al-Batun jail, the most notorious of them all.

Many entered this jail, but few survived. The inmates were subjected to severe torture and many were executed.

The al-Safinah and al-Buq jails were reserved for women. Local residents told Sputnik that al-Buq consisted of 50 cells.

Jaysh al-Islam terrorists kidnapped thousands of civilians, mostly from the city of Adra in December 2013. These civilians were enslaved and forced to dig tunnels and trenches.

Many died of dehydration and starvation. The rest, especially Alawite men, were executed.

The jihadists would parade their prisoners in cages as punishment, intimidation and for making videos, not to mention using them as human shields to prevent the Syrian army from storming their positions.

On April 14, the Syrian Arab Army and its allies liberated Douma and the entire region of Eastern Ghouta, near the Syrian capital of Damascus.