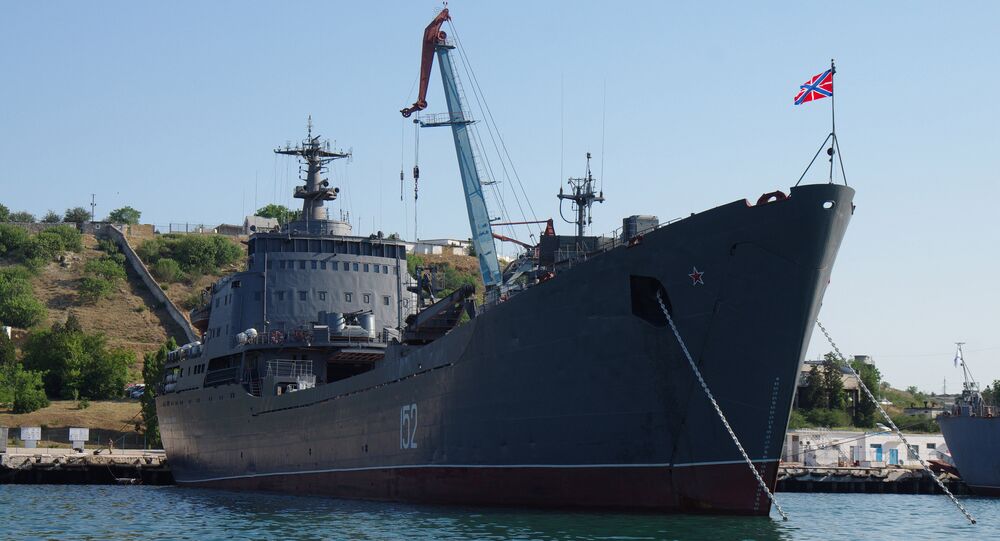 With the crisis in Syria heating up, Russia has stepped up military and humanitarian supplies to the war-torn Arab country.

The large landing craft (LLC) Orsk has sailed into the Mediterranean, Turkish websites reported, posting photographs of the vessel's passage through the Bosphorus.

According to Yoruk Isik, the Orsk, which is part of Russia’s Black Sea Fleet, is heading to Syria’s Mediterranean port of Tartus, which is home to a Russian naval supply base.

© Sputnik / Alayeddin Mohamad
Ships With Humanitarian Aid From Russia Arrive in Syria
The Russian Defense Ministry hasn't yet commented on the issue.

This is already the Orsk’s fourth mission to Syria this year with the landing ships Minsk and Nikolai Filchenkov making their way into the Mediterranean Sea via the Black Sea straits on April 5 and 13 respectively.

Since January, the Azov and Alexander Otrakovsky landing craft and the Kyzyl-60 transport ship have hauled cargoes to Syria.

According to foreign media reports, Russia landing ships, auxiliary vessels and chartered ships have been taking part in Operation Syrian Express, carrying cargoes for Russia’s air base at Hmeymim near Latakia, the Russian naval supply base at Tartus, and for Syrian government forces.